Some people would call Belize paradise.  Having recently returned, I can’t say I disagree, but I also saw threats to the beauty on the surface. I spent a week in Belize researching the connection between waste management, plastic pollution and ocean health in this Central American country. As Chief Scientist, I’m working closely with our Trash Free Seas® team to build on our 30-year history of protecting our ocean from the growing threat of ocean trash.

I toured much of the country with independent consultant Ted Siegler from DSM Environmental Services, gaining a firsthand perspective on how recent investments in waste management systems in Belize are improving ocean health but learning how much farther the country needs to go. A former British colony, Belize is frequented by tourists for its beautiful beaches and tropical breezes. But Ted and I visited many sights never seen by these outsiders. The upshot? Trash is a major problem in Belize, as it is in many developing countries.  And it is increasingly clear that this has big consequences for the health of the ocean.

My trip came at a key time. Just recently, a groundbreaking study was published in the prestigious journal Science which, for the first time, quantified the amount of plastic flowing into the ocean. A staggering 8 million metric tons of plastic (~ 17 billion lbs) enter the ocean each year, mostly from rapidly industrializing countries where plastic production and consumption is outpacing the ability of local entities to handle the waste. This problem is predicted to double in the next decade unless something is done to stem the tide. These research findings are the result of a working group initiated 3 years ago by Ocean Conservancy at the National Center for Ecological Analysis and Synthesis (NCEAS) at the University of California, Santa Barbara.

The findings of the Science paper were brought into sharp focus in Belize.  We learned that the country’s waste management system is similar to that of the United States back in the 1950’s.  Across the country we find open pit, burning dumps. Some are associated with towns like Belize City, Belmopan, Placencia, and Hopkins but smaller, informal dumps also mar the landscape, each a smoldering mass of burning plastics and other materials. Many of these dumps are in low-lying coastal mangroves which are flooded during the rainy season, from king tides, or from storm surge. The most striking example we saw was on the outskirts of Placencia where a vast array of plastics was literally spilling into the coastal lagoon. 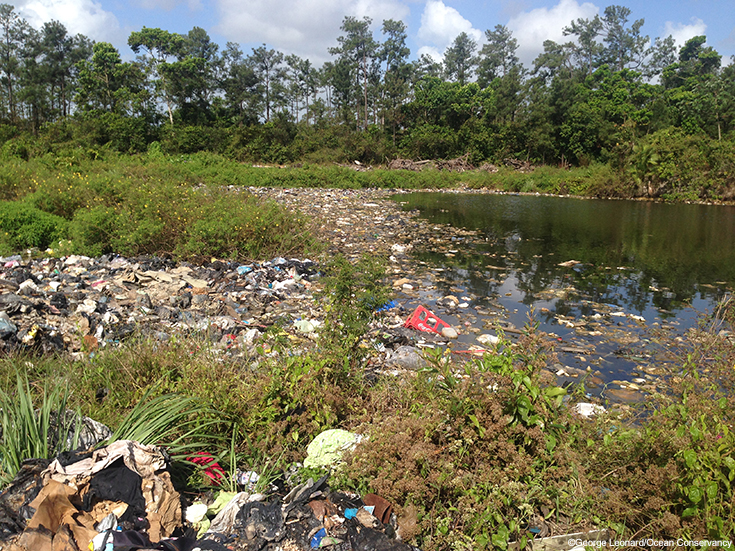 The good news is change is coming.  After a massive fire at the Belize City dump in 2009, the government took notice. The fire burned out of control for months, covering the city in dense, acrid smoke and forcing a partial evacuation of the city because of severe air pollution. In response, the International Development Bank (IDB), in collaboration with the central government, co-funded a $14 million US dollar project to develop a formal collection and disposal system throughout the central corridor of the country, where some 50% of the population lives.

Our research expedition to Belize yielded a number of important insights.  It is clear that international collaboration can drive needed infrastructure improvements in developing countries, especially with a strong commitment by the host government and sufficient international financial aid. However, instituting a long-term economic model that makes the system financially self-sufficient is a major challenge. Governments have very limited resources to bring to the table and are buffeted by competing public service demands. Most plastics have limited economic value at present, further complicating the economic calculus. In Belize, as in many developing countries, an informal waste collection community (sometimes called ‘waste pickers’) has formed at the dump sites. Plastic containers for which there is a deposit fee (e.g. some plastic beverage bottles) have the most inherent value and thus are often efficiently recaptured and reused. But large volumes of other plastics, including massive amounts of film plastic (bags, sheeting, wrappers, etc) with little to no value at present is largely ignored by the waste pickers and thus lost to the landfill or disposed in the ocean.

At Ocean Conservancy, we believe we must implement a mechanism to put a larger value on plastics so these materials are recovered and not lost to the ocean. We conclude that the private sector – those that produce and profit from plastics – has a responsibility to help solve the end-of-life problems that we witnessed in Belize. A collection and recycling system that captures all the plastic and is economically sustainable in the long run needs the plastic industry’s ideas, know-how and financial resources.

Government can’t do this on its own. But it is clear that the health of the ocean depends on it. 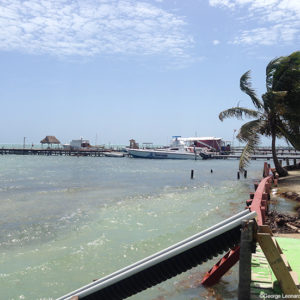 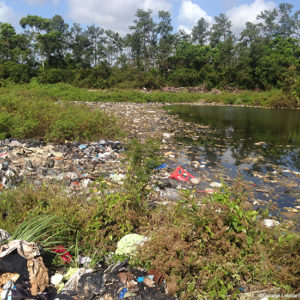