This guest blog comes from Sonja Fordham, she directed Ocean Conservancy’s shark conservation work from 1991 to 2009. She’s now based just up the block from Ocean Conservancy’s DC headquarters, running Shark Advocates International, a non-profit project of The Ocean Foundation. Learn more about Sonja’s work from the Shark Advocates Facebook page and website: www.sharkadvocates.org. Sonja is live-tweeting Shark Week programming; follow @SharkAdvocates for conservation policy tidbits and ideas for helping sharks of all shapes and sizes.

Shark Week has been around a bit longer than I’ve been working in shark conservation. The record-breaking cable television event has changed a lot since the early days, as has shark conservation policy and my focus for advancing it.

When Shark Week debuted in 1988, sharks – despite their inherent vulnerability to overfishing – were essentially unprotected worldwide, and “the only good shark is a dead shark” was a popular maxim. When I was hired by Ocean Conservancy (then known as the Center for Marine Conservation) in 1991, there were no federal limits on shark catches in the U.S., even though a surge in recreational shark fishing (sparked by the movie “Jaws”) followed by development of targeted commercial shark fisheries (due largely to a hike in Asian demand for shark fins) had seriously depleted several Atlantic coastal species. Even finning – the wasteful practice of slicing off a shark’s fin and discarding the body at sea – was legal.

We’ve come along way since then. By 1993, we had a U.S. finning ban and fishing limits for 39 species of Atlantic and Gulf of Mexico sharks. In 1997, take of several of those species – including great whites – was completely prohibited, following similar protections for white sharks off California that were secured in 1994. By 1999, the world had taken notice of the sharks’ plight and adopted an International Plan of Action to help guide conservation efforts on a global scale. In 2000, U.S. east coast landings of spiny dogfish sharks, which had reached nearly 60 million pounds in 1996, were cut dramatically to science-based levels. In 2002, basking and whale sharks became the first shark species to be listed under the Convention on International Trade in Endangered Species (CITES).

By 2003, closely related rays (aka “flat sharks”) were finally getting well-deserved attention: substantial fisheries for Northeast U.S. skates came under management, and critically endangered smalltooth sawfish became the first U.S. marine fish to be listed under the Endangered Species Act (ESA), thanks to an Ocean Conservancy petition. In 2004, the U.S. secured the first international ban on finning. The U.S. was also a leader in the 2010 adoption of a special agreement for migratory sharks under the Convention on Migratory Species, and the groundbreaking listing of five commercially valuable shark species and both manta rays under CITES in 2013.

These are just a few of the steps in what has been steady progress in shark conservation since the early 1990s. Resulting recovery has been documented in species like Gulf of Mexico blacktip sharks, Northeast U.S. spiny dogfish, and great whites off both U.S. coasts. There is, of course, still much work to be done. The Shark Specialist Group of the International Union for Conservation of Nature (IUCN) estimated last year that a quarter of the world’s sharks and rays are threatened, with rays being generally more depleted and less protected than sharks. We must not only accelerate the pace of beneficial change for big sharks, but also expand safeguards to at-risk smaller and flatter species.

We celebrated just days ago as manta and devil rays received new protections from Eastern Pacific fisheries. Recognition that these species usually have just one baby after a long pregnancy is helping to spark safeguards around the world, and yet closely related and similarly vulnerable cownose rays spending their summers in the Chesapeake Bay remain completely unprotected in the face of wasteful bow-hunting tournaments and targeted seafood marketing campaigns.

Scientists are encouraged by signs that Florida’s sawfish population may be rebuilding, yet education programs critical to safe release are woefully underfunded, due to declining ESA appropriations from Congress. Lack of public concern for New England’s skates means ending overfishing and ensuring rebuilding are not high priorities for the region’s fishery managers. Similarly, smoothhound sharks (aka smooth dogfish) remain subject to targeted, unregulated fisheries and one of the world’s weakest finning bans, due to insufficient outrage.

Mockumentary on Megalodon notwithstanding, Shark Week programming appears to be changing for the better with greater focus on real scientists and lesser known species.  While we’re likely several years away from specials dedicated to thorny skates or dusky smoothhounds, we’re pleased for the associated opportunities to spread the love and fascination for big, bad sharks to the scores of related species that also need public admiration and attention.  Indeed, continued evolution toward broader and increasingly positive public perceptions of sharks is key to the survival and sustainability of this entire group of fascinating fish. 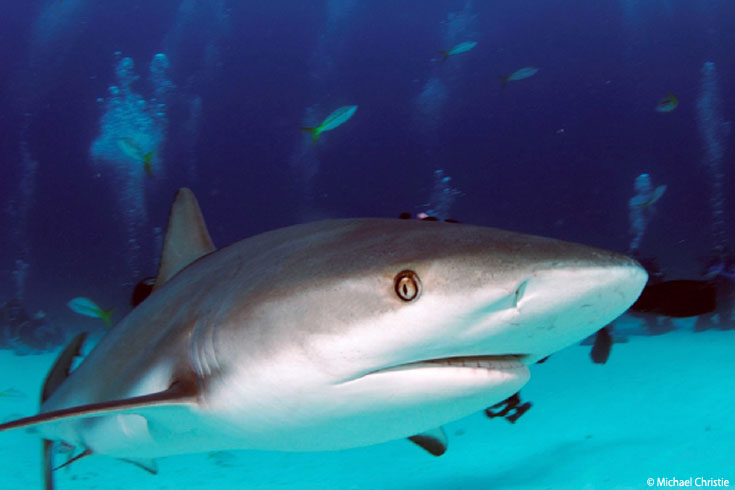 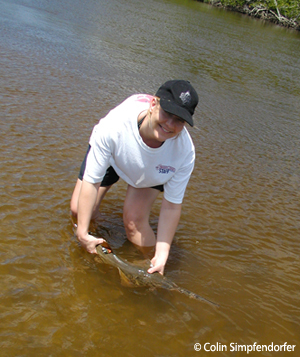 Sonja Fordham has two decades of shark conservation experience. She directed shark policy projects at Ocean Conservancy from 1991-2009, played a lead role in the EU Shark Alliance from 2006-2012, and founded Shark Advocates International as a project of The Ocean Foundation in 2010. Her work focuses on publicizing the plight of sharks and advocating science-based remedies before fishery management and wildlife protection bodies. She has been a leading proponent of many landmark shark conservation actions, including U.S. and European safeguards, various finning bans, the United Nations International Plan of Action for Sharks, multiple measures by international fishery organizations, listings under the Convention on International Trade in Endangered Species, and agreements under the Convention on Migratory Species.  Sonja is Deputy Chair of the IUCN Shark Specialist Group and Conservation Committee Co-Chair for the American Elasmobranch Society. She has co-authored numerous publications on shark fisheries management and serves on most of the U.S. federal and state government advisory panels relevant to sharks and rays.  Sonja has received the U.S. Department of Commerce Environmental Hero Award, a Mid-Atlantic Council Fishery Achievement Award, the Peter Benchley Shark Conservation Award, and the IUCN Harry Messel Award for Conservation Leadership.