State of the Arctic: An Update on Drilling 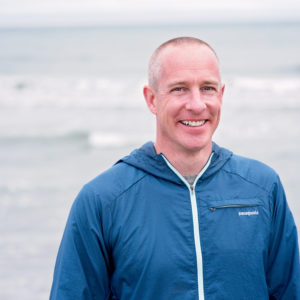 The past few weeks have delivered a lot of good news to those of us who feel that offshore drilling in Arctic waters is too risky and too much of a threat to both the region and the planet’s climate. But, while we have two pieces of good news to share with you, these victories are temporary. We still need to work together on solutions to protect our future from risky offshore drilling.

Let’s get to the good news! First, in late September, Shell announced that it was retreating from oil exploration off the coast of Alaska “for the foreseeable future.” Despite ever-increasing opposition from conservation groups, activists and concerned citizens, Shell drilled an exploration well in the Chukchi Sea this past summer. But the results were not what the company had hoped they would be. Instead of a bonanza, Shell’s well failed to yield enough oil to warrant additional exploration. In addition to the disappointing results from the well itself, Shell cited high costs and challenging regulations as reasons for its retreat from the Arctic.

Then, just a few weeks after the news from Shell, the Obama Administration announced that it was cancelling the two Arctic offshore lease sales scheduled under the current five-year offshore oil and gas leasing program. Because of the cancellations, there will be no Chukchi Sea lease sale in 2017 and no Beaufort Sea lease sale in 2017. At the same time, the Administration also denied requests from Shell and Statoil to “suspend” their Arctic leases. Denial of the suspensions means that the oil companies will not get additional time to explore for oil in the U.S. Arctic Ocean.

These announcements represent major victories for all those who joined together in opposition to risky drilling schemes in the offshore Arctic. Even so, Arctic waters still face significant threats and challenges, and there’s still more work to do to protect Arctic waters from the threat of offshore drilling.

In addition, despite its recent decision to cancel Arctic leases under the current five-year oil and gas leasing program, the Obama Administration has proposed a new draft five-year program that calls for two new oil and gas lease sales in the Arctic Ocean. Let’s not go down that road again.

Join me in standing up for the Arctic! Please take action today by making your voice heard. Help close the door on risky Arctic drilling and ask President Obama to remove the proposed Arctic lease sales from the next five-year program.