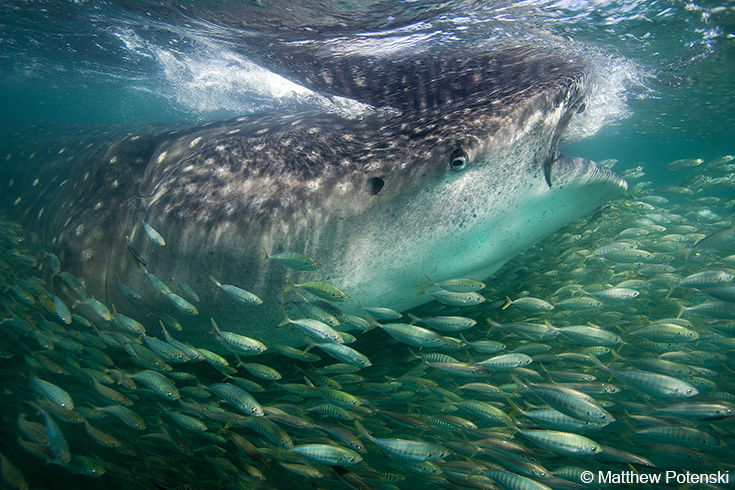 Late last month, ocean advocates and supporters took action to help protect the base of the Pacific Ocean’s ecosystem by supporting a ban on commercial fishing on unmanaged forage fish in federal waters.  And, I was so excited to see that a tidal wave of Ocean Conservancy’s supporters took action, sending more than 17,000 letters to the National Marine Fisheries Service (NMFS) asking for final approval of this important measure!

Since this campaign is joined by a number of ocean conservation groups around the country, NMFS has received nearly 100,000 total public comments on the issue.  WOW—that’s a big amount of support for such little (but important fish). So, thanks to YOU!

I bet you’re wondering about the outcome—did all of these messages have a BIG impact? Am I writing to tell you about a victory? Well, not quite yet! We won’t know the final outcome until perhaps springtime whether this measure will become law. Stay tuned—I promise to report back, when we have more information.

But, we can say we’ve made an incredible showing for conservation, thanks to YOU.

Meanwhile, we can report that this effort has prompted further action along the West Coast. Back in 2012, fish managers in California adopted a visionary policy on forage species to recognize the special importance of forage species to the California marine ecosystem.  The federal rule on forage fish protection—that you helped advance with your recent action—also provided an opportunity to extend those protections to California. And, early this month, the California Department of Fish and Wildlife officials did just that, scheduling forage fish protection similar to the federal rule for implementation this year.

So, big thanks to our resource managers in California as well.

Let’s hope for more two-for-one deals for ocean conservation in 2016!