Last week, we learned President Obama is creating the world’s largest marine protected area by expanding the Hawaiian national monument of Papahānaumokuākea! We’re excited. Seriously excited. In honor of that announcement, here are five reasons we love Papahānaumokuākea, and how its expansion just means more to love.

While we (still) might be struggling with the pronunciation, the name Papahānaumokuākea holds rich cultural significance, meaning the union of two native ancestors in Hawaiian mythology. The name itself is a combination of the Earth Mother, Papahānaumoku, and the Sky Father, Wakea, who together created the islands and its people.

Say it with me, PAH-pa-ha-NOW-muh-kua-kay-yah.

(We’ll keep working on it)

7,ooo species call Papahānaumokuākea home, almost a third of which can’t be found anywhere else on the planet. We’re talking about endangered Hawaiian monk seals, sea turtles, black coral, sharks, birds and so many more. Many of these species need a place to grow, flourish and thrive—Papahānaumokuākea gives them that space. 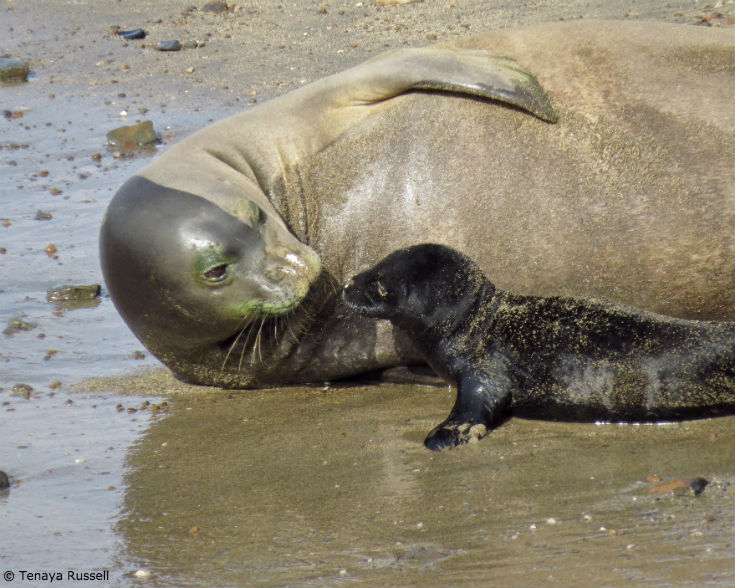 The reserve is so large that, with the expansion, Papahānaumokuākea will be roughly four times the size of California—the equivalent of ten Iowas or 105 Connecticuts.

Strengthening Papahānaumokuāke gives species like tuna and swordfish time and space to replenish. More fish in the ocean will in turn support more productive fisheries outside the marine monument, even supporting economic growth! And who doesn’t love ahi tuna?

5. It can combat climate change

Conserving genetic diversity across the full seascape of Papahānaumokuāke is vital for promoting species resilience against climate change. Not only are the reserve’s pristine waters and flourishing life a scientist’s gold mine, but they can be a useful carbon sink. Just like forests, healthy ocean ecosystems can take in carbon dioxide, lowering CO2 levels in the atmosphere!

Papahānaumokuāke is a safe haven for endangered species, a combatant against climate change and a cultural seascape important to native Hawaiians—essentially the Disney World of marine ecosystems. We’re crazy about Papahānaumokuākea, and even more excited about its expansion.

Will you join us in saying  “Mahalo Obama?” We want to thank President Obama for creating the world’s largest marine protected area. Please thank Obama today.