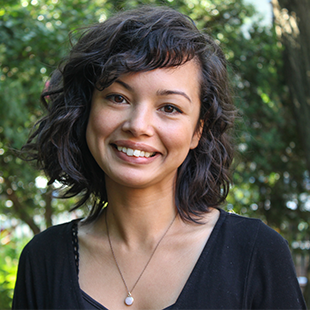 Healthy estuaries support the vitality and livelihoods of coastal communities. We gather with friends at estuaries to go fishing, kayak and spend quality time with each other. But we don’t always show estuaries as much love as they show us.

In college, I spent my days staring into my microscope at what can only be described as other-worldly – tiny stars, sunburst shaped disks and alien-like critters. I was examining plankton collected from a nearby estuary—these microscopic larvae would grow up to be crabs and oysters, which spend the beginning of their lifecycle in estuaries, the nurseries of the ocean. Estuaries provide essential habitat for marine life, including over 75% of commercially caught fish in the United States, and support recreational fisheries too.

Beginning my science career at The Evergreen State College, I was fascinated by the natural world. After graduating, I wanted to figure out how to use my science to help communities impacted by environmental challenges. This led me to apply to the Roger Arliner Young Marine Conservation Diversity Fellowship on the ocean acidification team at Ocean Conservancy. The position gave me the opportunity to learn exactly how science can help inform public policy. One of my cornerstone projects for the fellowship has been examining the impact of ocean acidification in estuaries, and how ocean acidification interacts with other environmental stressors and processes.

Located near densely populated areas, estuaries are influenced by both human and environmental stressors. Impacts like nitrogen run-off can often lead to harmful algal blooms (HABs), which are dangerous for people and fish. Also, ocean acidification has been measured in the open ocean, but it’s much harder to detect in estuaries and coastal zones because of converging processes like pollution, erosion and upwelling. If scientists can’t precisely measure how water chemistry is changing in these ecosystems, the effects are difficult to prepare for. Adding even more complexity, estuaries themselves are constantly changing as freshwater meets saltwater, tides rise and fall and species change seasonally. We simply don’t know yet how all of these factors influence each other in estuarine environments.

Working with our government relations team, we met with Congressional leaders passionate about estuaries to talk about my research and see if there was a way to advance what we know about ocean acidification in these busy ecosystems. These leaders in the estuarine space—Reps. Bill Posey, Brian Mast and Suzanne Bonamici—have now introduced the National Estuary and Acidification Research (NEAR) Act of 2018. This bill calls for a National Academies of Science study to look at how ocean acidification and other human and natural stressors interact in estuarine environments so that we can adequately prepare for the future.

In the last ten years, federally funded research on ocean acidification has shown that we must understand acidification in estuaries and coastal zones too, despite how difficult the research can be. Taking care of these places of other-worldly wonder requires understanding them better—and the NEAR Act of 2018 brings us one step closer. This legislation will help us steward coastal resources better and protect the estuary environments that we depend on for food, jobs and recreation.

Trading in my microscope for a job in conservation seemed like a big leap at first, but the sense of wonder that science inspired in me was matched by the incredible team I was fortunate to work alongside. From my own research to collaborating with my team, to educating Congressional leaders, I’ve learned that protecting the coast requires passionate individuals and skills as dynamic and nuanced as our beloved estuaries.

Add your voice to the many who are telling their Members of Congress to support the NEAR Act.