A Better Gulf Coast for Us All

Women of color on working on Gulf restoration and climate justice 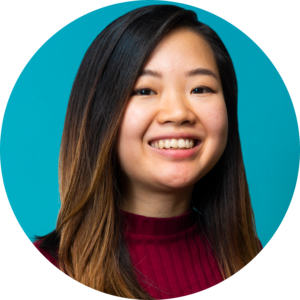 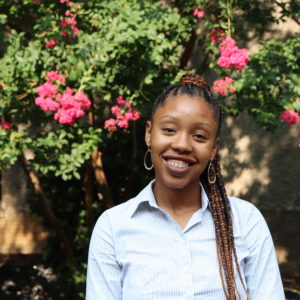 As we approach the 10-year anniversary of the BP Deepwater Horizon oil disaster, Ocean Conservancy is reflecting on the work we’ve done to restore the Gulf of Mexico and inviting Gulf Coast community leaders to reflect with us.

As two women of color with special connections to the Gulf and as emerging leaders in conservation, we want to figure out where we fit in conserving and sustaining the Gulf Coast.

“I grew up in San Antonio, Texas in a Blaxican (Black and Mexican) family who used the Gulf as a place of recreation and sustenance. My abuelita, Grandma Bea, sustained a tradition of spending Fourth of July on the beach in Corpus Christi. My grandpa, Carlos, would make dinner of the fresh catch he’d bring home after a weekend of fishing on the coast.” – Ki’Amber

“When it comes to the Gulf Coast, I think immediately of Vietnamese-Cajun crawfish, the Kemp’s Ridley sea turtle and the salt marshes of Galveston close to where I grew up in Houston, Texas. I am proud to be from one of the most culturally diverse regions in the United States, where many immigrant communities have made their home. My friends and family have had to rebuild their homes, even lives, after hurricanes like Katrina, Rita, Ike and Harvey.” – Cindy

Storytelling is an important part of our work, especially how we tell the story, who tells the story, and who is represented in the story. Through the Roger Arliner Young Fellowship, we became interested in uplifting the voices of communities of color who are largely underrepresented in most narratives from mainstream environmental organizations.

We’re excited to share our conversations with three black women who are leading change in the Gulf of Mexico: Colette Pichon Battle, Keala J. Hughes, and Frances Roberts-Gregory. They spoke to us about the value of the Gulf of Mexico, compounded disasters, the oil and gas industry, frontline communities, sacrifice zones, restoration and climate justice.

We asked them what they value most about this place we call home:

“So I’m an African American woman with a very complicated ethnic background that is what’s called Creole, and one thing to know about Creole people is that they have ties to Africa and they have ties to Europe and they have ties to the Caribbean. And the Gulf of Mexico for me, as just a physical thing, is the water that ties me to America and the Caribbean…And all of the culture and traditions that exist in both places…exist in those places because we share the Gulf…So this place, the Gulf, connects us to a unique American reality and a Caribbean reality. And both of those realities stem from an African heritage. So the water is what connects me to my identity. ”

“[It’s] the diversity, it’s the people, it’s the ecosystem, it’s the variety of things that people can come to do in the Gulf, it’s the water, it’s the beaches, it’s everything that I think makes the Gulf Coast unique, as well as what we contribute to the entire United States. I think it’s just a very valuable portion of the country that people did not realize was that valuable until we had such a horrible incident to happen.”

“I value the people, the communities, the unique ways of living. This is somewhat a controversial term, but I guess the resilience. The capacity to adapt to so many different types of oppressions and layers of disaster, over and over again, but yet still make time to cook jambalaya and gumbo and make beautiful music, like Zydeco and Bounce. I would say it’s one of the most unique regions of the country. Very fertile in many different ways, and a birthplace for different musical styles, and cultures, and foods and disasters and different types of policies; experimental policies. I appreciate the Gulf for its uniqueness.”

The Gulf of Mexico is a treasure. This is our home. As a place fraught with the effects of climate disaster and environmental injustice, the Gulf in particular needs climate justice. We hope it will continue to be a place where folks can fish and eat from, where our diverse cultures can be sustained, where we can transition to a regenerative economy that takes a healthy, balanced approach to using our natural resources so that human and wildlife communities alike can thrive.

Stay tuned for the next installment of Women of Color Gulf Reflections next week!