The waters of the Beaufort are home to unique marine wildlife

The Beaufort Sea is located in the Arctic Ocean, just north of Alaska and western Canada. Indigenous peoples have lived on the Beaufort coast for millennia, and the waters of the Beaufort are home to unique marine wildlife like polar bears, ice-dependent seals and bowhead whales.

We modeled the impacts of a near-shore spill of crude oil from a drilling platform and a tanker ship spilling crude oil near the U.S.-Canadian border. This graphic shows how a crude oil spill from a tanker would spread out to affect a vast stretch of the Beaufort Sea and coastline. 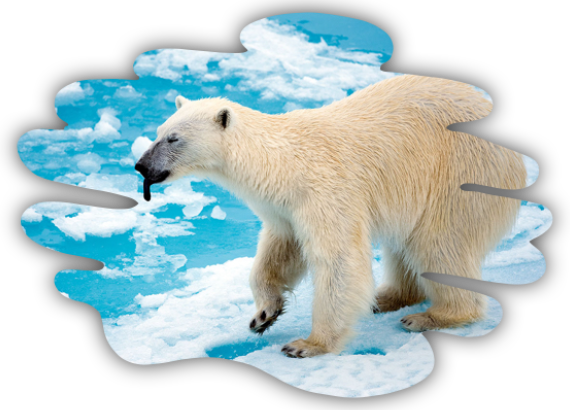 Oil contamination can injure or kill marine mammals, birds and fish—and would have serious impacts on indigenous people who rely on those species. Relative to species from lower latitudes, oil contamination may have more severe impacts on Arctic animals.

After the simulated oil spill, the ecosystem model showed a decrease in polar bear populations in the area around the spill.

As the level of oil contamination increases, ecosystem productivity decreases.

The model predicted that an oil spill would have negative impacts on polar bear populations even at great distances from the spill site.

Join Ocean Conservancy to prevent this tragedy from ever happening. Take action by telling the Secretary of the Interior not to open new areas of the ocean to risky offshore drilling.