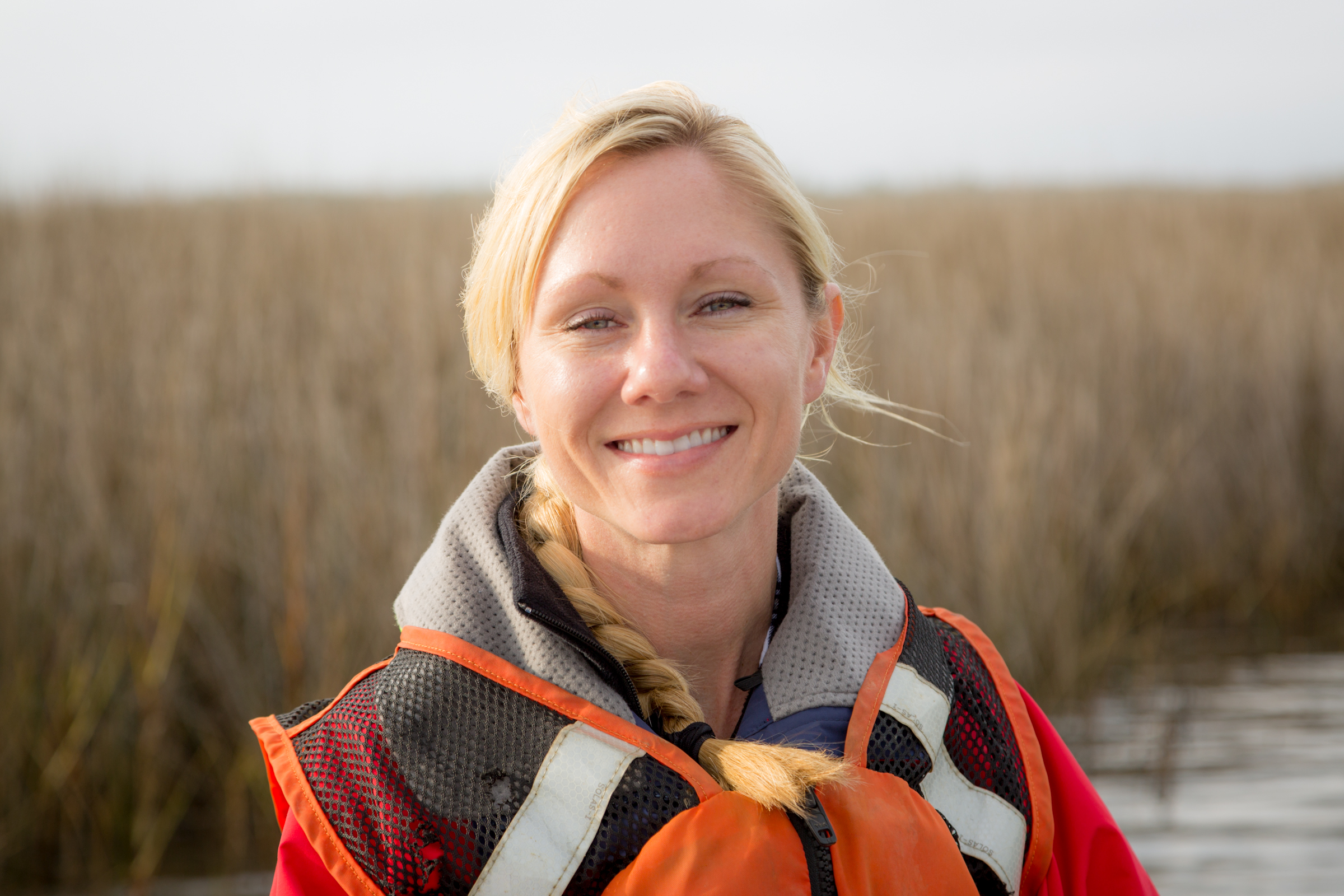 To commemorate five years since the BP Deepwater Horizon oil disaster began, Ocean Conservancy interviewed residents about the disaster, its impacts and what the Gulf means to them. Over the next 87 days—the length of the disaster itself—we will be releasing “postcards from the Gulf” to share their stories. This blog is the first in a series of full-length interviews from our postcards.  Be sure to follow Ocean Conservancy on Facebook and Twitter over the next couple of months to see all of the postcards.

Alabama is a special place, not only because of its unique landscape and abundant wildlife but also because of its people. Those of us who grew up in coastal Alabama did so with fishing pole in hand and feet in the water. It’s a privilege to work each day to preserve and protect this beautiful place alongside incredible people like Tammy and Matt. Here are their postcards.

What do you love about the Gulf?
The Gulf of Mexico is this vast and mysterious creature that pulls us to its shores and provides such abundance to our communities. It makes this area of the country unique, and it ties together all of us who rely on it. I love eating the shrimp, crabs, oysters and fish that it provides. I love the many cultures of people that live along the Gulf, and all of this together is my home and the reason I work so hard to protect it.

How did you feel when the BP oil disaster began?
When we first heard about the blowout on the rig, we didn’t believe it would impact Alabama, but that quickly changed. As gallon after gallon of oil spewed into the Gulf with no end in sight, I realized for the first time in my life that we could lose all the things I love about my home—the Gulf of Mexico and the abundance that comes from it, the beautiful sugar sand beaches, eating the seafood, all of it. I looked at my husband weeks into the disaster and said to him, “What if we have to leave?” The idea of raising my children elsewhere or not being able to offer them the childhood I imagined was inconceivable to me.

What have you learned from the BP oil disaster?
Now I have a renewed passion and appreciation for the Gulf of Mexico and the Gulf Coast. Our communities are resilient and have managed to once again make it through a devastating disaster. I am proud to call the Gulf Coast my home. As research continues to show what has been lost or damaged, my hope is that we can use that knowledge to restore and protect the Gulf of Mexico, the abundance that comes out of its waters and the communities that rely on it.

What is your hope for restoring the Gulf?
The BP oil disaster was an environmental disaster that impacted the economy and the communities along its shores. I want to see us restore our natural resources and make our communities stronger and more able to avert this type of disaster in the future.

I’ve lived in four of the five Gulf states, and there is no other area of this country I love more. When I graduated from college I couldn’t wait to leave, but once I did, I realized how passionate I am about my home and its people. There are many cultures across the five Gulf states, but we are tied together by our connection to this vast body of water. We must work together to protect our home and our heritage so we can pass it along to the next generation. 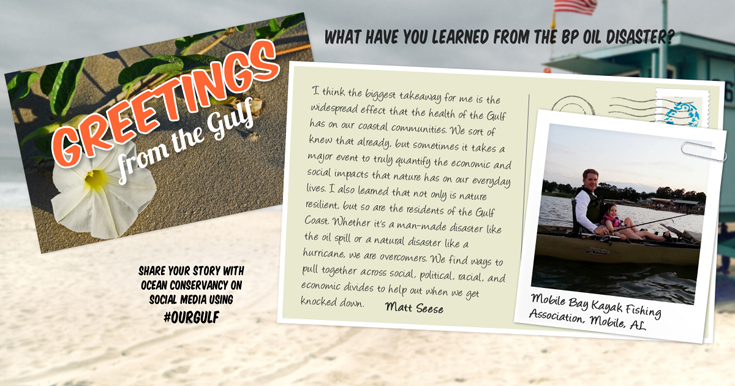 What do you love about the Gulf?
I grew up on the Gulf Coast and fell in love with the creatures that live in its waters at a very young age. Fishing from the shore, my pirogue, or my little flat boat was how I tried to spend every free minute I had. From running on mud flats catching minnows with my brothers, to throwing a cast net for shrimp every night of the hot summers, I was, or was trying to be, on the water.

How did you feel when the BP oil disaster began?
I was saddened by the loss of life and thought about how devastating it must have been for the families of those killed in the explosions to get that horrible phone call. I was angry at the response from those responsible and frustrated by the lack of progress in capping the well. Shortly after the spill, we decided to “go to the beach one last time” and rented one of those condos on sale. I sat on the balcony and watched the sheen of oil come in with the tide and smelled that undeniable odor that told us the oil was here. I watched a woman trying to rinse the oil off of her child’s feet.

Now, the spill seems to have fallen away from most people’s purview. The booms that surrounded Mobile Bay are long gone. For me, it’s still there like an old wound. I wonder about the long-term effects of that much oil and that much dispersant and how it will affect the Gulf. Selfishly, I wonder how it impacted the speckled trout and redfish populations and if I can still chase my dream of the eight-pound trout.

What have you learned from the BP oil disaster?
I think the biggest takeaway for me is the widespread effect that the health of the Gulf has on our coastal communities.  We sort of knew that already, but sometimes it takes a major event to truly quantify the economic and social impacts that nature has on our everyday lives. I also learned that not only is nature resilient, but so are the residents of the Gulf Coast. Whether it’s a man-made disaster like the oil spill or a natural disaster like a hurricane, we are overcomers. We find ways to pull together across social, political, racial and economic divides to help out when we get knocked down.

What is your hope for restoring the Gulf?
I would like to see the Gulf Coast made whole in terms of habitat restoration, recreational accessibility, and sustainable commercial viability. By restoring the habitats and allowing everyone the recreational access to see what a treasure the Gulf really is, we can bring necessary attention to the restoration efforts. I would also like to see an emphasis on fisheries science to help monitor the health of both recreational and commercially important species.