Learning From and Standing With Climate Justice Communities 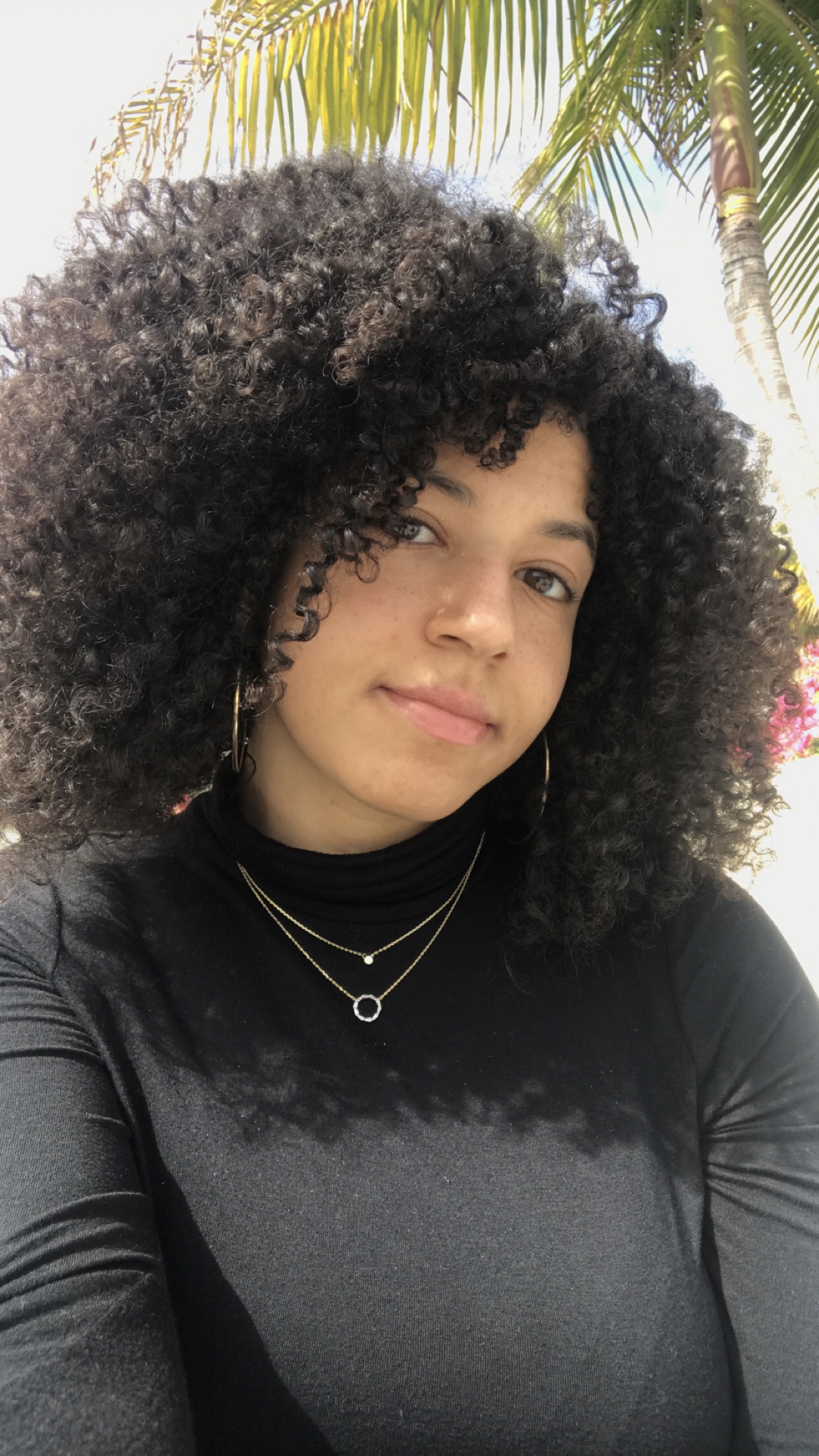 In his 2007 essay, Derrick Christopher Evans, a grassroots community organizer and environmental justice activist from Mississippi, candidly expressed his opinions about the aftermath of Hurricane Katrina:

“Unfortunately, no thoughtful and coordinated response will ever occur without a compelling grassroots push for community visibility, multi-issue awareness, and broad social justice for Gulf Coast survivors.”

More than a decade later, this sentiment still rings true for coastal communities on the frontlines of climate change.

Climate change continues to drive rising ocean temperature and fuel coastal storms. We’ve seen proof of this with the landfall of Category-4 Hurricane Ida on the sixteenth anniversary of Hurricane Katrina last August. Natural disasters are threatening communities, infrastructure and ecosystems in the coastal zone. We must reevaluate and reform the ways our institutions help communities adapt to climate impacts.

For instance, an Executive Order signed in the first days of the Biden-Harris administration dedicated more federal resources to confront the climate crisis. It’s imperative that the allocation of these resources prioritizes local grassroots and community-driven initiatives in systemically marginalized communities. Groups leading these initiatives are best suited to make decisions about what is needed in their own communities.

This truth is illustrated in Derrick Evans’ fight to protect communities and ecosystems in the Gulf of Mexico. I first learned about his efforts in the film Come Hell or High Water: The Battle for Turkey Creek, which documents the compounding and seemingly-endless threats faced by Evans’ community in Mississippi. The residents of Turkey Creek are all too familiar with the traumatic effects of systemic anti-Black racism that have accumulated for centuries. Climate disasters like Hurricanes Katrina and Rita only made matters worse, exacerbating issues like housing insecurity and public health complications.

Turkey Creek is a predominately Black community originally founded by formerly enslaved people during the Reconstruction period after the Civil War. They settled along the creek, about three miles north of the Gulf Coast, in their first years of freedom. For generations, their descendants have called the land home, and the nearby creek has been used for time-honored traditions and recreation from fishing to baptisms.

Turkey Creek’s residents are deeply connected to the ecosystems that have sustained their livelihoods and community legacy.

However, maintaining these historic lands has been a struggle for those living there. One challenge that the documentary followed was Mississippi’s priority expansion of the city of Gulfport in the early 2000s. Noticing that the lands around Turkey Creek were mostly green and undeveloped, developers in nearby Gulfport continued to expand their projects northward toward the community. Roads and commercial hubs carved into the wetlands that once dominated the region. When the community pushed back, city officials insinuated the residents, many of them elderly, could start anew in another location.

Evans would not stand by and let generations of history be drowned in concrete. Through tremendous effort and coordination with scientists and the National Audubon Society, Evans managed to have Turkey Creek and its wetlands designated as a critical bird habitat. This action saved ecosystems that provide a protective barrier against climate impacts, like heavy rains that cause flooding. Despite this huge win, the harm of the already-encroaching new developments could not be undone. In the film, Evans is seen comforting a neighbor whose son’s grave had a building constructed right over it.

This power grab incited by politicians and developers wasn’t the last challenge the Turkey Creek community would face. They were hit by the devastating intensity of both Hurricanes Katrina and Rita. Hurricane Rita hit in late September 2005 while many communities were still reeling from the impacts of Hurricane Katrina a month before. These intense hurricanes also damaged oil refineries, chemical corridors and other industrial sites. These toxic sites are disproportionately, but not coincidentally, placed in Black and brown communities. The pollution stemming from these disasters wreaked further havoc on frontline and “fenceline” communities.

In the weeks and months after the storms, the Gulf state governments went to work dispersing federal disaster relief funds. These funds were meant to repair critical infrastructure and help devastated communities get back on their feet. However, the investments were not received in most Black communities.

In the immediate aftermath, the Federal Emergency Management Agency (FEMA) distributed trailers to shelter stranded families. Three years after the storms, approximately 16,000 families were still occupying FEMA trailers even though the states they lived in received relief funds to invest in affordable housing. To make matters worse, occupants began experiencing respiratory illnesses and other health concerns. The U.S. Centers for Disease Control and Prevention investigated these reports and found that the trailers contained extremely high levels of formaldehyde, a cancer-causing gas.

So, what did the governor of Mississippi do with the remaining federal relief funds intended for affordable housing? He spent it to further expand the port of Gulfport. Derrick Evans was outraged that some residents of Turkey Creek, including his own mother, had been living in the toxic trailers for years. He organized a unique protest to force the nation to pay attention to the often-ignored experiences of Katrina and Rita survivors.

Two years after the disaster, Evans and other grassroots organizers kicked off the “KatrinaRitaVille Express Tour.” The group, named “Gulf Coast Peoples’ Movement for Full and Fair Recovery,” toured the country with two FEMA trailers. These trailers became traveling billboards with brightly colored messages that highlighted the failures of FEMA and the government. They stopped at presidential debates, using the 2008 election as an opportunity to push for political action.

The organizers also used the tour to unite overburdened communities throughout the Gulf Coast region. It was an opportunity for people to share their experiences of relying on community-driven recovery efforts in the face of government neglect. This movement not only provided witnesses with an education about prevalent issues that had been overlooked and ignored, but also elevated the voices of struggling survivors who didn’t have the means to travel and share their own experiences. A similar network lives on today in the form of the “Bridge the Gulf Project.” This multimedia storytelling project lifts and connects the voices of Gulf Coast communities working toward justice and sustainability.

From creatively protecting their natural resources to organizing a national movement, Evans and his collaborators demonstrate that grassroots groups and environmental justice community members are the true experts and are proven hubs of climate mitigation and adaptation solutions. To quote the anthology, All We Can Save;

What these communities needed most was adequate resources to support their recovery. Frontline communities across the country remain the most impacted by the climate crisis and the most knowledgeable about how to address local climate challenges. Yet, they receive the least investment when it comes to climate preparation and recovery efforts, and for too long, they have been left out of important conversations deciding how funds are invested in their communities. With the aim of alleviating these stark disparities, the Biden-Harris administration’s Justice40 Initiative sets an ambitious and necessary goal to ensure that federal resources end up in the hands of those who need them most. It’s up to all of us to hold government officials accountable for delivering resources to grassroots and community-driven efforts.

We cannot solve the climate change crisis without putting environmental justice at the forefront.  Click here to learn about how Ocean Conservancy is working to promote accountability through the Justice40 Initiative.