Arctic Wildlife: Get to Know the Insect of the Sea, Arctic Copepods 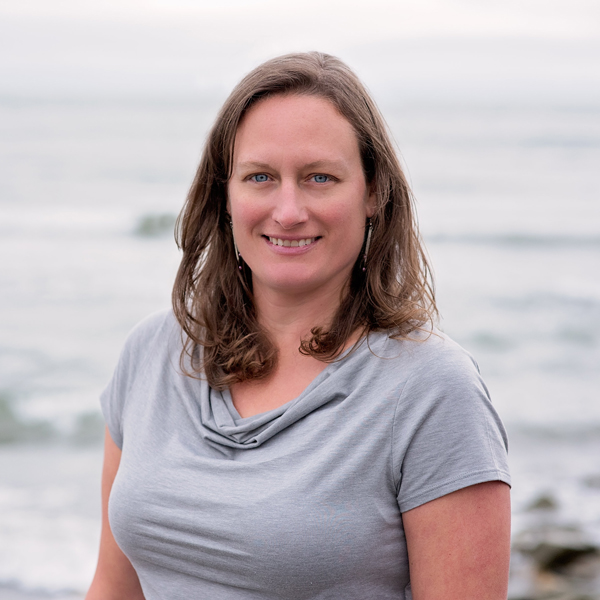 Our blog series on the lesser known (but just as cool) species of the Arctic continues with Arctic copepods. Read our other blogs from the series: polar cod and brittle stars.

I’ve always loved ribbon seals, narwhals and ringed seals to name a few cute Arctic creatures. While these beautiful animals get all the glory, they wouldn’t be around for these important little guys at the base of the food chain: meet the copepod!

“Copepod” means oar-footed, and that is how these aquatic crustaceans, often called “insects of the sea” move around. They use their four to five pairs of legs as well as their mouth and tail to swim. In the Arctic, copepods live on the seafloor, in the water column and on the sea ice. In the water column, there are more copepods than any other multi-cellular organism.

Copepods come in many forms—some are filter feeders, some are predators. Copepods have two major life forms and grow by shedding their shell. They go through 12 stages after hatching—that’s a lot of wardrobe changes! By our standards, copepods are tiny, measuring in at 0.3 to 2cm long at full size. 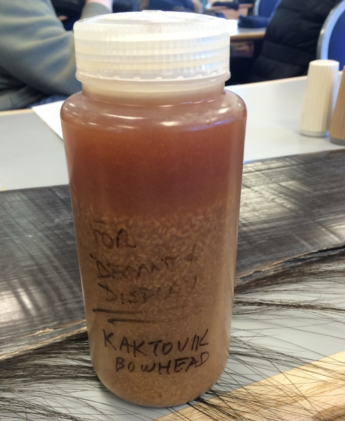 Here’s what lots of copepods look like! (From a Bowhead whale stomach)

In the Arctic there are over 150 species of copepods. The most abundant and largest is Calanus hyperboreus, a filter feeder with red highlights on its antennae. These copepods have a reproductive cycle uniquely adapted to life in the Arctic, using the dark Arctic night for romance. In the deep of winter, males fertilize the females and then die off. Females then survive on stored up reserves of large fat deposits to make it through the winter.

Copepods are the critical base of the food chain in the Arctic. Some large mammals such as bowhead whales, eat copepods directly. Here is what a whole lot of copepods from the stomach of a Bowhead whale look like (picture to the right). Fish species, such as the polar cod, also eat copepods. Other marine mammals, such as my beloved favorite the ribbon seal, then eat the polar cod. While they might not be as cute and snuggly as the larger, more charismatic critters who depend on them, the copepod is the essential foundation for life in the Arctic.

Learn how you can help protect copepods and the vast diversity of wildlife who call the Arctic home.