10 Things to Know about Penguins

This blog was written by Roger Di Silvestro, a field correspondent for Ocean Conservancy.

The tuxedo seems to have two separate origins. Why the fashion industry came up with the tux, and why it hasn’t vanished with the top hat, is tough to say. But why penguins evolved into tuxedo-wearing birds is pretty clear: The white belly makes them harder to spot when viewed in water from below against the surface of a sunlit sea, and the black back does the same against the dark ocean surface. It’s all about tricking predators. The survival of this monochromatic color scheme in all 17 penguin species is a measure of how well it has worked in nature’s often-unforgiving game of survival.

Here are ten other fun facts to know about penguins.

1. Penguins are birds designed by evolution for swimming rather than flying. Their wings have turned into flippers, and though they usually walk upright on land, some drop on to their bellies to scoot over ice. Most species cruise underwater at an average speed of 4-7 miles per hour, but the Gentoo can speed up to 22 miles per hour.

2. All penguins live south of the equator. Although we often associate them with Antarctic, they also occur farther north on beaches and rocky shores in coastal South America, the Galapagos Islands, Australia and South Africa.

3. The largest penguin you will ever see trundling around the Antarctic is the emperor, which can stand in excess of 3.5 feet tall and weigh nearly 80 pounds, roughly the weight of two or three Thanksgiving turkeys. The emperor is also the only bird species that nests in the Antarctic during the winter, when temperatures can drop below minus 100 degrees Fahrenheit. 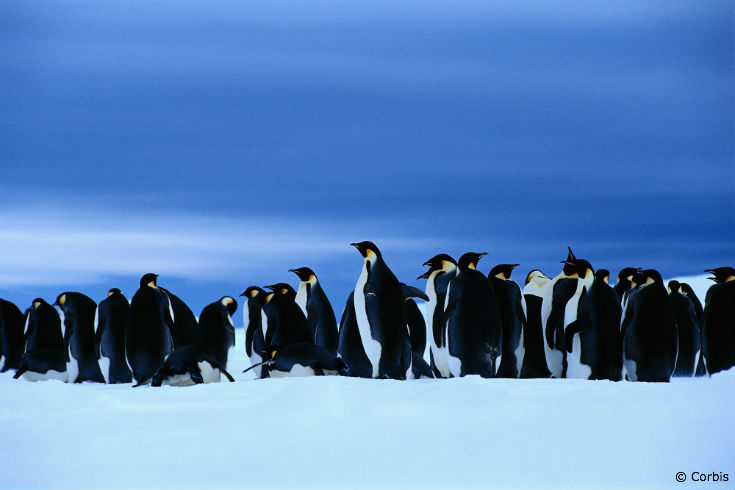 4. The smallest penguin is the little blue or fairy penguin, which grows barely more than two pounds and 16 inches tall and is found in Australia and New Zealand.

6. Small penguins usually feed at the surface of the sea, rarely diving for more than a couple minutes. The emperor, however, can dive for more than 20 minutes, reaching depths in excess of 1,800 feet to feed on fish, squid, krill and other crustaceans.

7. Penguins can drink sea water. Salt is filtered from the blood by special glands and the salt is secreted from the nasal passages. 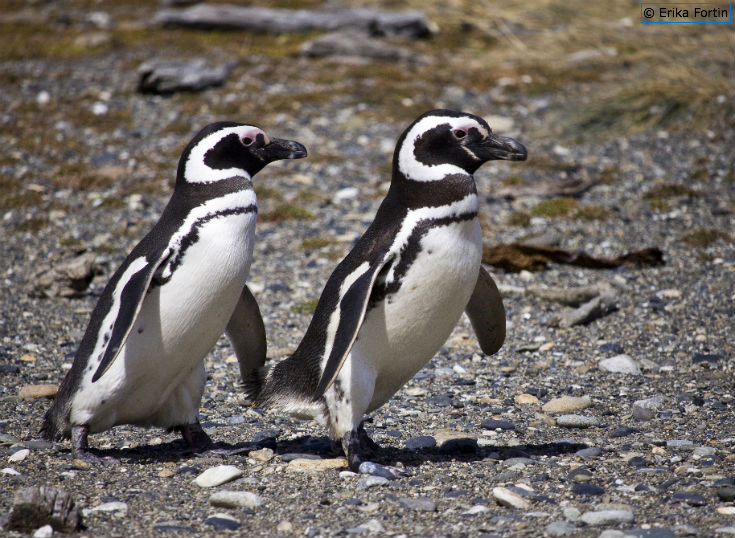 8. With the exception of yellow-eyed and Fiordland penguins, these birds are colonial nesters, gathering in breeding groups that range in number from 100 pairs among gentoo penguins to several hundred thousand in the king, macaroni and chinstrap species. In most species, each pair produces two eggs, though emperor and king penguins—the two largest living species—usually lay only one egg. Among emperors, males incubate the eggs, but in all other species mom and dad take turns. The little blue penguin lays the smallest eggs, about 2 ounces, and the emperor pops out the largest, which can weigh a full pound.

9. In the Antarctic, penguins have no land predators, though skuas—gull-like, predatory birds—may feed on eggs and hatchlings. Consequently, penguins have no fear of people and may approach to with a few feet of Antarctic visitors. This defenseless behavior might have proved fatal for penguin species, as it did for other flightless birds such as the dodo and the great auk, wiped out centuries ago by ship crews who took them for food. But Antarctic penguins got lucky. Surrounded by dangerously rough seas and harsh climate, the Antarctic proved a penguin haven. No human set foot there until the 1800s.

10. The oldest known penguin species, Waimanu manneringi, was found in New Zealand as a 62-million-year-old fossil. Looking something like a loon, it had short wings designed for diving but not flight.

The Ocean Conservancy is using science-based solutions to tackle the biggest threats to our ocean, including ones that threaten penguins and other wildlife. See how you can take action here.