There are few ocean creatures more mysterious than the octopus. For centuries, its bizarre appearance and unusual behavior have captivated scientists and storytellers alike, making it one of the most loved invertebrates in the sea. In honor of World Octopus Day, we’re sharing why octopuses are the absolute coolest animals out there. 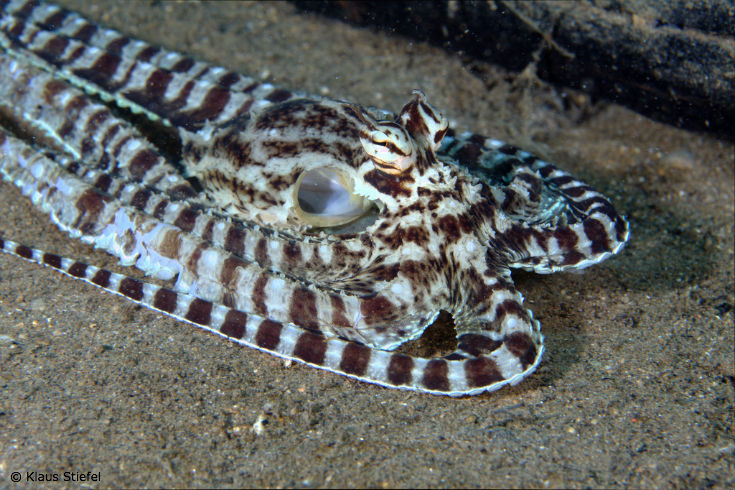 1. The octopus is a master of disguise.

When it comes to trickery, no one can beat the octopus. Octopuses have color-changing cells, or chromatophores, covering their skin. By expanding or contracting the cells, octopuses can quickly change color and ultimately blend into their environment. The mimic octopus takes the deception a step further by changing the way it moves its arms to impersonate a variety of other marine species. It can “mimic” 15 different species (that we know of), including lionfish, sole flatfish and sea snakes. By imitating these toxic animals, mimic octopuses can protect themselves from predators while vulnerable in the open ocean. 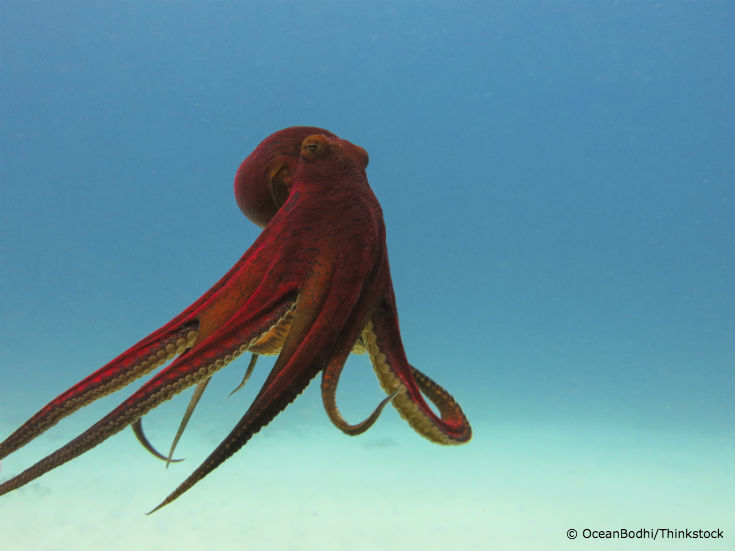 2. The octopus knows how to have a good time.

Think mammals are the only animals who play? Think again. A 2006 study observed wild-caught octopuses “playing” with Legos by pulling them through the water or tossing them in between their arms. Whereas less intelligent animals often ignore objects after determining they’re neither a threat nor food, octopuses exhibited curiosity, the ability to learn and a desire to play with foreign objects—three traits that have not been traditionally associated with invertebrates. Play behavior is a sign of higher intelligence, and one that has only otherwise been recorded in vertebrates.

Can we blame them, though? Octopuses deserve a little fun too. 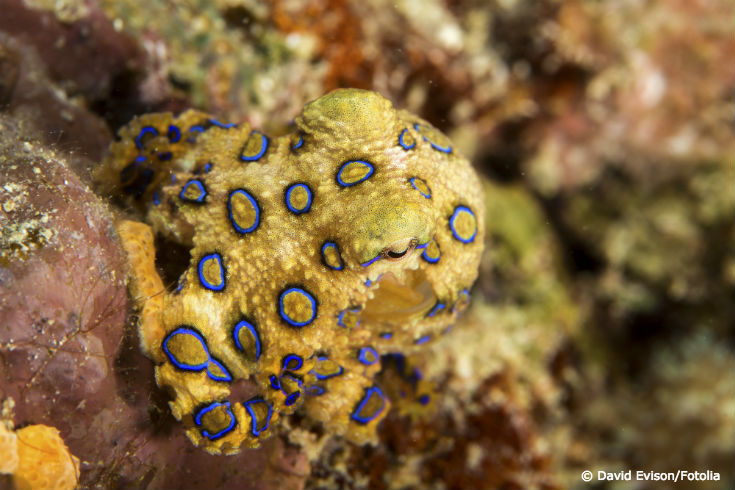 3. The octopus is not to be messed with.

The octopus may not have threatening spines, teeth or claws, but don’t let their cuddly exterior fool you. All octopuses (as well as cuttlefish and some squid) are venomous. But the blue-ringed octopus is in a league of its own: This golf-ball sized powerhouse packs enough venom to kill 26 humans within minutes. Found in the Pacific Ocean, the blue-ringed octopus’ venom contains neurotoxins that cause muscle numbness and weakness, followed by troubled breathing and possible death. If you ever encounter this blue and yellow beauty, back away in a hurry—its bite is usually painless, so you might not know you’ve been bitten until it’s too late. 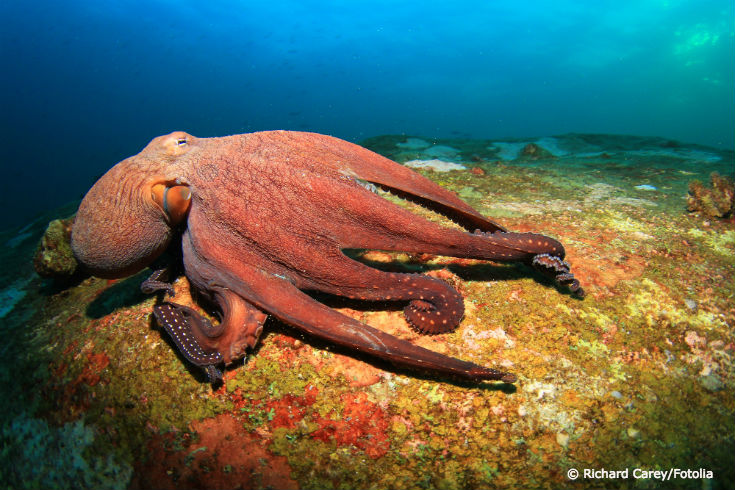 4. The octopus is legendary.

Octopuses have captured man’s imagination for centuries. Octopuses appear in legends and as deities in every corner of the world, including as the Tahitian sea demon Rogo-tumu and the color-changing Lusca of the Bahamas. They frequently appear in pop culture as well: from the Kraken of Pirates of the Caribbean to Ursula of The Little Mermaid, eight-legged sea beasts have long been used as the quintessential ocean villain. 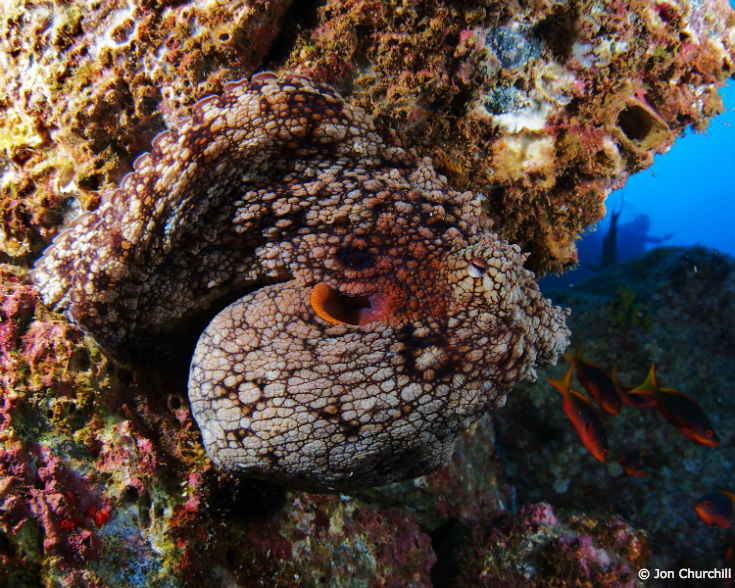 When we think of animal intelligence, it’s vertebrates like dolphins and chimps that get most of the credit. But make no mistake—the octopus holds its own in a battle of wits. Cephalopods have large, condensed brains that have sections entirely dedicated to learning, a trait that is unique among other invertebrates. Octopuses’ brilliant problem-solving abilities have been documented time and time again; for example, the infamous Inky the Octopus who slipped through a gap in its tank in a New Zealand aquarium and slid down a 164-foot-long drainpipe into Hawke’s Bay. There’s also evidence octopuses have personalities, and react differently based on how shy, active or emotional they are.

We know there’s so much more to love about the octopus (it was hard to narrow this list down to only five reasons). Celebrate World Octopus Day on October 8th by sharing your favorite octopus fact or photo on Twitter and tag @OurOcean!