Brush up on your sea turtle trivia

It’s no surprise that sea turtles are some of the most iconic and lovable animals in the ocean. To celebrate Reptile Awareness Day, we’re pulling out some of the strangest facts about these enchanting vertebrates. Brush up on your turtle trivia with the five fun facts below! 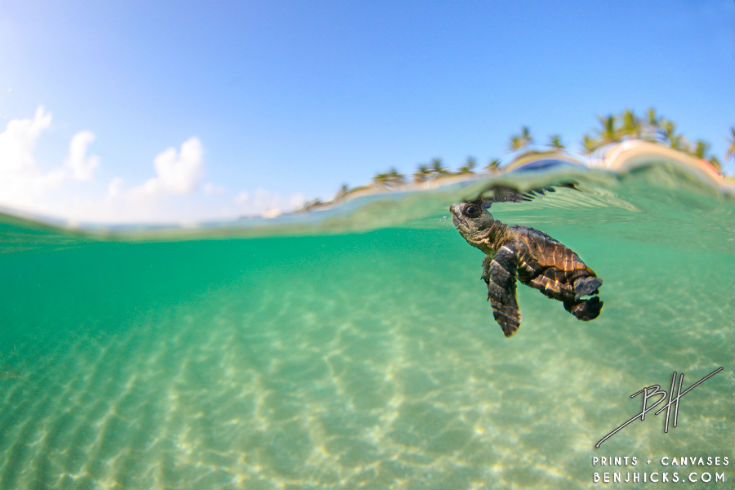 The type of sand used to make the nests seems to make a difference, too. According to a 2013 study, light-colored sand beaches produce about 70% females, while dark-colored beaches that absorb more of the sun’s rays produce over 90% females. To keep the sex ratios as natural as possible, conservationists and sea-turtle managers avoid moving the nests whenever they can.

Some sea turtles are vegetarians.

Depending on the species, sea turtles have a broad diet that includes jellyfish, crabs, shrimp, snails, mollusks and sponges. But green turtles like their greens: adult greens are the only herbivorous sea turtles and eat seagrass and algae to survive. Special serrated jaws make it easy for them to rip and chew their food. As juveniles, green turtles are omnivorous, and eat a variety of insects, crustaceans, worms and seagrasses. 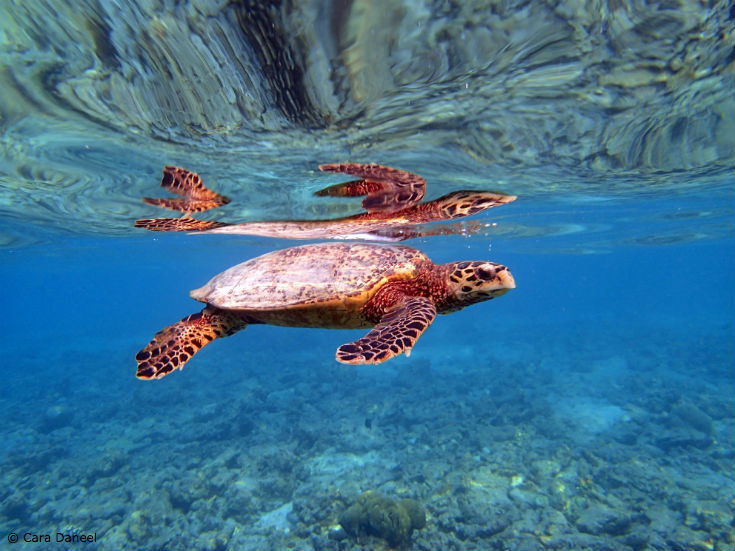 Turtles have a built-in GPS.

Sea turtles will migrate thousands of miles over their lifetimes to eat, breed and lay their eggs. One female leatherback even clocked a 12,000-mile roundtrip journey across the Pacific! Turtles have a special tool to navigate these epic voyages—an internal GPS using the earth’s magnetic field. Just as sailors use latitude and longitude to navigate the high seas, turtles sense slight variations in the planet’s magnetic field and are able to pinpoint specific coastlines based on their magnetic signature. That’s how many females are able to return to the exact beach where they were born to lay their eggs.

Sea turtles are some of the few marine reptiles.

Sea turtles are part of an exclusive club of living marine reptiles. When it comes to reptile species, very few are found in the ocean: out of 12,000 extant species and subspecies of reptiles, about 100 are found in marine habitats. Other members include crocodiles, marine iguanas and sea snakes. Sea snakes are the most prolific of the marine reptiles, with around 80 species and subspecies present in different marine habitats around the world. 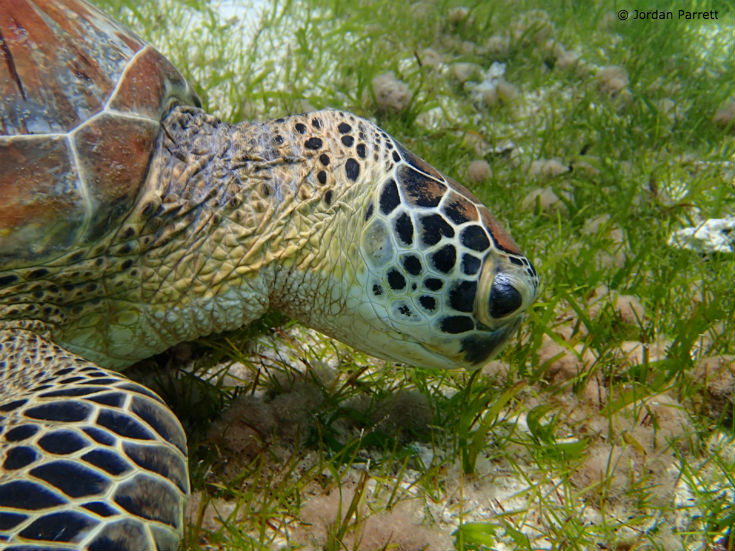 The sea turtle’s iconic shell evolved from the ribs into a box of bone covered in tough skin. The shell is part of the turtle’s spine and forms a sort of outer skeleton reminiscent of the exoskeletons of insects and spiders. Unlike their land turtle relatives, sea turtles cannot retract their head and flippers into their shell. This makes them more vulnerable to predators and other threats like entanglement in marine debris.

Have a favorite sea turtle fun fact? Share it in the comments below!