When it comes to iconic ocean animals, seabirds are often overlooked. But seabirds, or birds that make their living primarily from the ocean, are a crucial part of marine ecosystems. From the tiny least storm petrel to the massive wandering albatross, seabirds consume an estimated 7% of ocean productivity and are an important food source for marine and terrestrial predators. 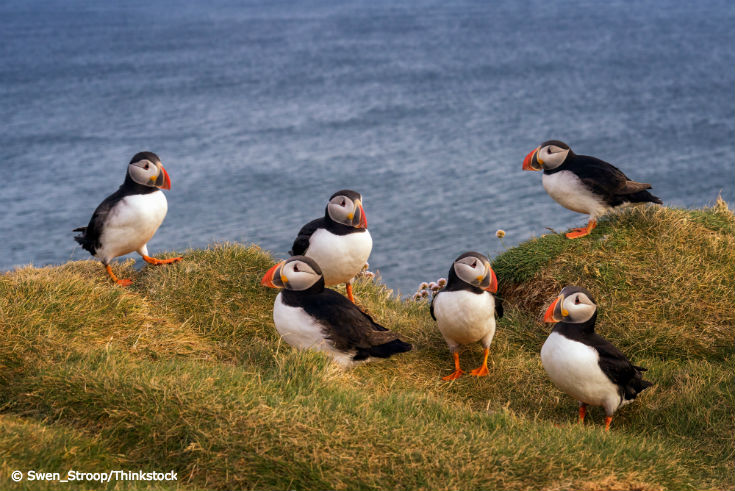 Atlantic puffins have some of the flashiest beaks out there, earning them nicknames like “sea parrot” and “clown of the sea.” Their beaks’ bright orange coloring is only that vibrant in the warmer summer months—as they’re showing off for potential mates during breeding season. After they find the perfect match, their beaks will fade to a dull gray for the winter months.
Atlantic puffins are attentive parents, and both males and females dedicate a lot of time to feeding and rearing their young. Birds only lay one to two eggs at a time and often return to the same mate and burrow every year.

Looking to spot an Atlantic puffin in the wild? Check out Iceland—the country’s rocky cliffs are a breeding home to about 60% of the world’s Atlantic puffins. See more puffin facts here. 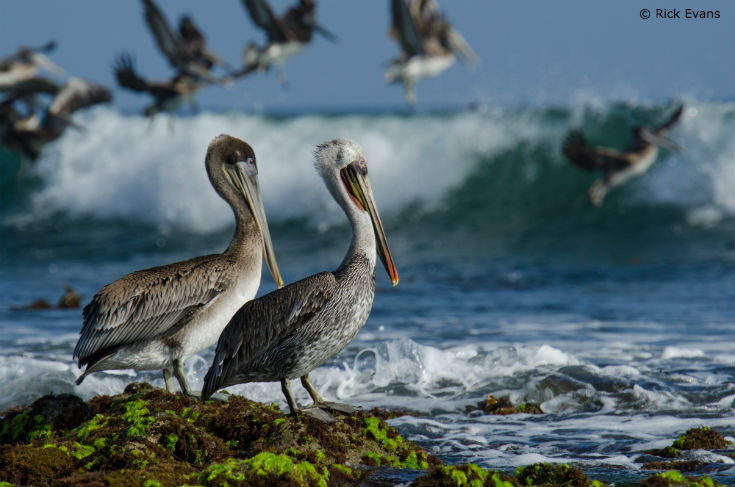 Known for their iconic throat pouches, pelicans are some of the most recognizable seabirds. Brown pelicans will fly as high as 60 feet above the surface to scope out prey, then plunge into the water to scoop up fish in their stretchy throat pouches. To eat, the birds will tilt their bills downward to drain the water (those pouches can hold up to three gallons!) and then toss their heads back to swallow.

Not too long ago, pesticide pollution was a serious threat to their survival. Direct exposure to pesticides like DDT greatly affected their ability to reproduce, and brown pelicans were seriously endangered as recently as 1970. Thankfully, populations are now thriving thanks to the ban of DDT and other harmful pesticides. See more brown pelican facts here. 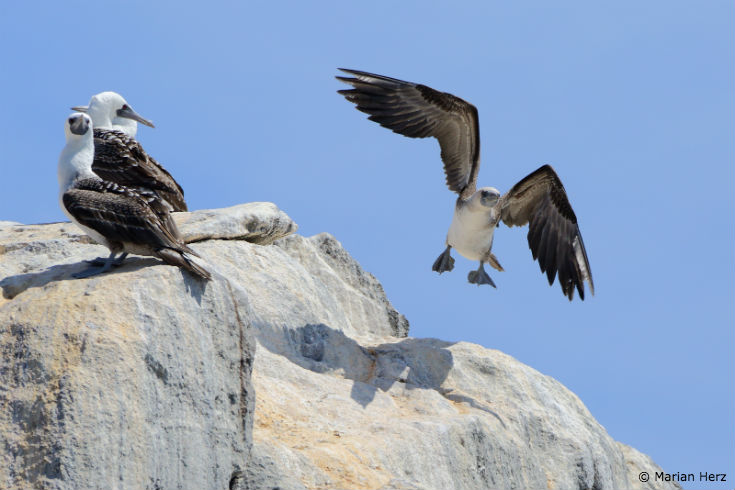 After having been severely threatened by feather hunters, Laysan albatross populations have since recovered to about 600,000 breeding pairs. They make a stunning summertime migration from their breeding grounds in Hawaii to the frigid Aleutian Islands and then back again in the winter, and non-breeders may be found throughout the North Pacific. Although their populations have rebounded, the birds are seriously threatened by marine plastics, which they ingest after mistaking it for food.

A defining feature about the albatross? They’re quite romantic. Most of these birds mate for life and are incredibly dedicated to their partners. They also take courtship very, very seriously: they can spend years learning the right mating rituals to attract the perfect mate. Once they are matched, they will stay faithfully by each other’s side until death. Writer Noah Strycker puts it best: “[Albatross] just might have the most intense love affairs of any animal on our planet.” 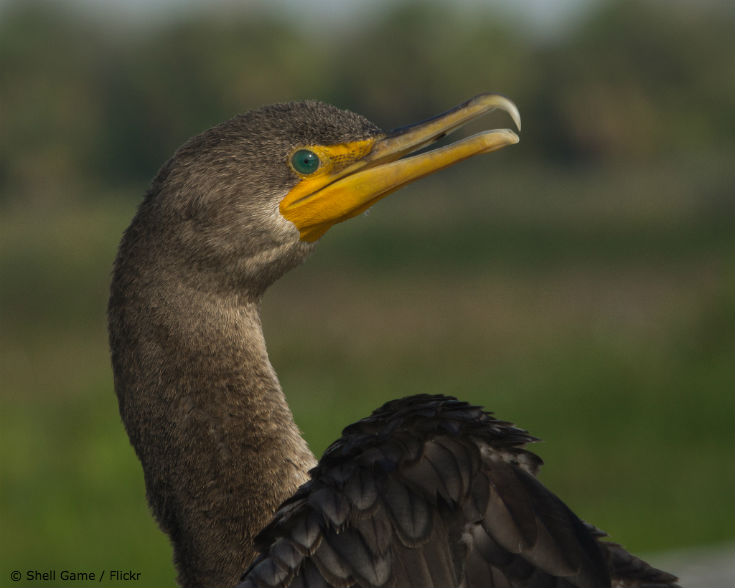 The most widely-distributed cormorant in North America, these birds can be found from Alaska’s Aleutian Islands all the way south to Mexico. They are social birds, even from a young age, where young cormorants will leave their own nests to flock with other juveniles before returning to the nest to be fed.

These birds are exceptional divers. Using their strong, webbed feet, cormorants will propel themselves underwater to bite a fish, then return to the surface to flip the fish in the air and swallow it. Their feathers are not waterproof, though, so you can often spot them resting in the sun with their wings spread wide to dry. 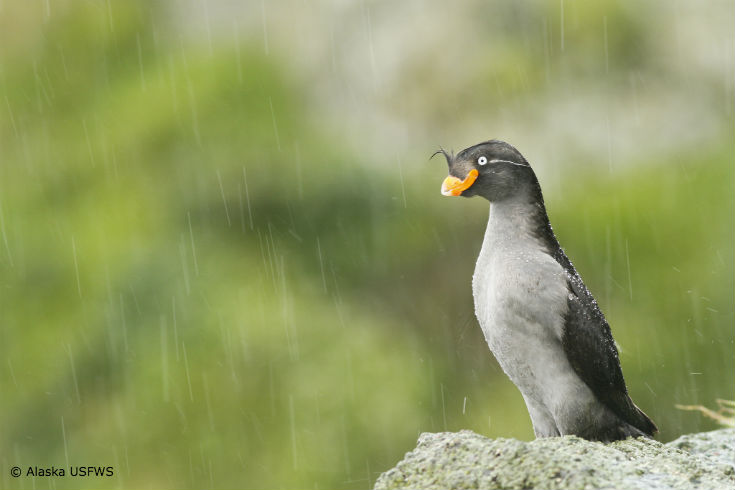 One of the more unusually shaped seabirds, the crested auklet is recognizable by the “crest” of feathers hanging down over its face. Found on the islands and beaches of costal Alaska, crested auklets gather in large colonies to make their nests in crevices of rocks and boulders. They feed in crowds, too; you can see large flocks diving together in deep waters up to 100 feet below the ocean surface.

Crested auklets are not quiet birds—you can hear a range of honking and grunting noises from the large colonies. Even baby auklets are chatty: they “peep” when their parents are around and “whistle” when they’re gone.

Although there were an estimated three million crested auklets in North America in the 1980s, that number has declined, likely due to their sensitivity to pollution and oil and because of pressure from invasive mammals in the Aleutian Islands.

Did we miss your favorite seabird? Tell us in the comments!