From the iconic emperor to the quirky macaroni, penguins are some of the most charismatic (and well-dressed) ocean animals. In honor of World Penguin Day, we’ve compiled a few of our favorite penguin facts to celebrate these captivating birds. So sit back, enjoy and be sure to share your favorite penguin trivia with your friends!

They come in all sizes.

Fitting to its name, the largest penguin in the world is the emperor penguin, which can reach up to four feet tall and weigh almost 85 pounds. Conversely, the little blue penguin (also known as the fairy penguin) reaches only 15 inches and just three pounds, making it the smallest of all the penguin species. You can find the emperor in the frigid Antarctic, while the little blue sticks to the shores of Australia, New Zealand and Tasmania. Generally, smaller penguin species stick to milder climates, where larger penguin species are found in colder climates where their body mass can help them survive the harsh temperatures.

They’re made for the water.

Penguins can spend up to 75% of their lives in the water, so it makes sense that they’re built for aquatic efficiency. Their strong flippers and torpedo-shaped bodies allow them to power through the water, while their black and white bodies act as camouflage (from above, their black backs blend in with deep water, while from below their white bellies blend in with the light surface). They can really move, too: the fastest species is the gentoo penguin, which can swim up to 22 miles per hour. 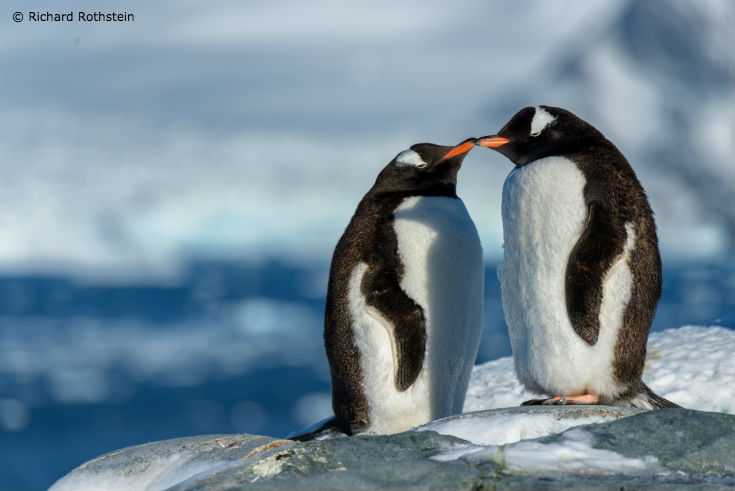 Emperor penguins definitely step up when it comes to fatherhood. After traveling over 60 miles inland on Antarctica to lay her egg, the female emperor penguin will make the long journey back to the ocean to hunt. This leaves the male penguin to care for the egg for two months. The male will carefully keep his egg covered by his feathered skin, called a brood pouch, to protect it from the extreme Antarctic cold. While caring for the egg, the penguin dad will forgo eating to ensure his baby’s safety, meaning by the time mom comes back two months later, the male may have lost nearly half of his body weight. Since fat is the main way that emperor penguins stay warm, it’s a testament to these dads’ devotion to their young that they’re able to endure the Antarctic cold on half their body weight. Once reunited, penguin parents share the responsibility of taking care of their chick by taking turns feeding it and keeping it warm.

Ever wonder why you never see two of the most iconic polar animals—penguins and polar bears—together? That’s because all penguins live south of the equator, while polar bears stick to the Northern Hemisphere. Although we typically picture penguins in the Antarctic, you can find them on every continent in the Southern Hemisphere, including the beaches and rocky shores of coastal South America, the Galapagos Islands, Australia and South Africa.

Penguins may not all be monogamous, but they are champs at wooing potential mates. Different species of penguins charm partners in different ways, including building nests, calling and braying and presenting mates with gifts. Male gentoo penguins will scour the beach to find the smoothest, most perfect pebble to give a potential partner. If the female penguin approves of the offering, she will put the pebble in her nest, signaling that the relationship can move forward. Other species will engage in elaborate displays of trumpeting, head-swinging, flipper-flapping and bowing to show their affection. Because who wouldn’t fall for a spectacle like that? 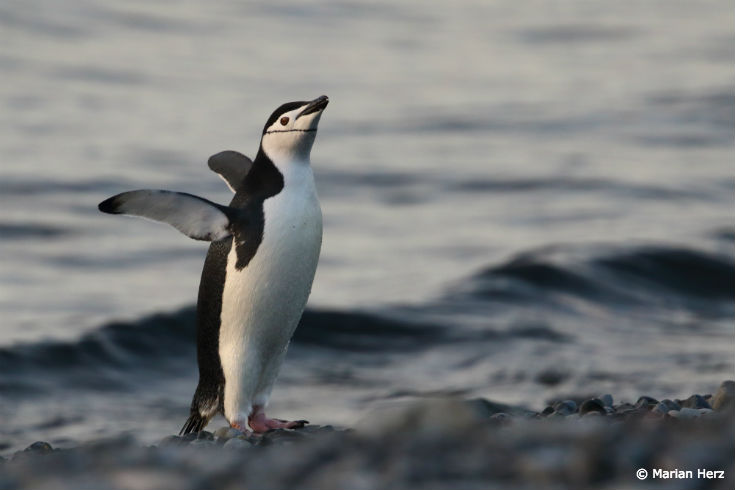