Do You Know Where Your Plastic Goes?

Now that imports to China are restricted, exporting countries are turning to other potential buyers to receive their plastic scrap. 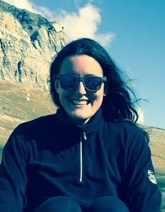 Do you know where your used plastics go once your recycling bin leaves your house?

Until recently, the answer was usually China.  For years, China had been a leading importer of scrap and recycled materials—particularly scrap plastic—from around the world. In 2016, it imported 7.3 million tons of plastic scrap from developed countries, which accounted for 56% of global imports of these materials. In 2017, CalRecycle estimated that a third of all recyclable materials in California were exported to foreign markets, with 62% going to China at a total vessel value of $5.2 billion. As a rapidly developing economy, China needed inexpensive raw material, such as recyclable plastic and scrap, to feed growth. On the export side, countries had huge incentives to send their waste to China. As an example, it was cheaper for the U.S. to ship scrap materials to China than it was to process them locally.

But now, all of that is changing.

After decades of massive scrap imports, China struggled to manage the increasing flow of materials, the quality of which was declining while contamination rates increased. Instead of clean and sorted materials, China was receiving scrap material shipments with food and product residue and scrap bales with materials that were outside of bale specifications. Ultimately, this was lowering the value of the material, increasing processing costs and resulting in higher instances of unusable materials needing to be discarded—causing stress on communities and the environment.

In response, China notified the World Trade Organization in July 2017 of its intention to ban the import of 24 different kinds of waste, including some post-consumer plastics, beginning January 2018. In November 2017, China announced its limits for material contamination rates at 0.5% (the previous limitation was 1.5%) for most imported recyclables not mentioned in the ban. Achieving these very low levels of contamination is challenging, and most Material Recovery Facilities (MRFs) in the United States, or anywhere, are not yet prepared to comply with this directive.

What are the consequences?

Now that imports to China are restricted, exporting countries are turning to other potential buyers to receive their scrap. Among these countries are Malaysia, Vietnam, Indonesia and Thailand. Southeast Asia has already witnessed a drastic increase of plastic scrap imports, with 62% growth in Vietnam, 117% in Thailand and 65% in Indonesia. But in these countries, there is already pressure on existing waste management systems, resulting in the leakage of plastic and other waste into the ocean. Scientists estimate that China, Indonesia, the Philippines, Thailand and Vietnam together currently contribute more than half of the eight million metric tons of plastic waste that enters the ocean annually from land. Most of these inputs have been attributed to insufficient waste collection and recycling systems; thus, increasing scrap plastic imports for some of these regions, particularly those with high instances of contamination, could be very problematic.

What is the impact for the United States?

Based on an analysis conducted by the Recycling Partnership, Dive Waste and Resource Recycling Magazine, the impact of China’s ban fluctuates across states in the U.S. Those heavily impacted are being forced to slow down processing rates in their MRFs in an attempt to comply with the 0.5% contamination rate policy. As a consequence, some of the materials that used to be collected as recyclables may be getting sent to landfills to relieve the congestion caused by slower processing rates.

What can we do?

This is a significant challenge, but also an opportunity to increase domestic recycling capacities. All of us can help make the situation better. We can cut down on our use of unnecessary, single-use plastics such as plastic bags and straws that contaminate the recycling stream, and do a better job of sorting our materials from the start and making sure they meet the collection standards in municipalities. These vary from place to place, but open lines of communication between municipalities or MRFs and the citizens they serve is the first step toward a strong collaboration that can benefit everyone.

One common practice that would greatly aid in cleaning up recycling streams is eliminating loose plastic bags from recycling bins/carts. Many curbside recycling programs don’t have the processing equipment needed to handle loose plastic bags (although this is not the case everywhere—remember to check with your local municipality or service provider); and putting loose bags in a container can also increase the likelihood of incidental littering since they are prone to flying away in the wind. The better move would be to bring a reusable bag with you so you don’t need to take a plastic bag at all.

Longer term, we can all support our cities and towns as they set standards for recycling rates and invest in the necessary systems and technologies to achieve them. We can also ask the companies we patronize to use more recycled materials, and ensure that their packaging is easily recyclable, so there is a clear market for this material here at home. The recycling sector—and the many businesses that are springing up to use recycled materials—can be a source of good jobs in our communities. We should support the investments that will allow them to thrive.

The United States, and other countries exporting materials like scrap plastic, must learn from the current situation, evolve and view the Chinese ban as an opportunity to implement new strategies to ensure their own waste management systems are high-quality and efficient. As citizens, we can help by starting with our own recycling bins, our purchases and our votes.  We can stem the tide of plastic into the ocean, and at the same time ensure we are not exporting our problems or our economic potential.