Celebrating 46 years of progress for our ocean 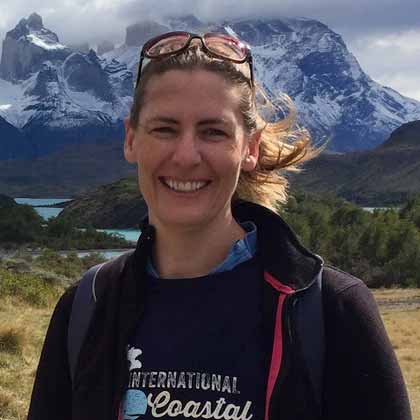 September 7th marks Ocean Conservancy’s 46th anniversary. The progress we’ve made over the past 46 years alongside our partners and all of you that love the ocean, has given us countless reasons to celebrate—and most importantly, we celebrate our long history of support from you, our ocean advocates.

As the political landscape continues to shift and change, we’ve continued to enlist your support in fighting to protect the incredible progress we’ve made. These accomplishments have survived for decades thanks in large part due to your passion and action.

The year Ocean Conservancy was founded, 1972, was a monumental year for our ocean. Several pieces of critical legislation were passed into law:

Congress passed the Coastal Zone Management Act in order to meet the growing need to manage the resources found in our nation’s coastal areas. This law was the first of its kind to outline how NOAA will protect and enhance these fragile ecosystems.

This important legislation highlights the impact of human activities on marine mammal populations. The law is the first to require an ecosystem-based approach to conserving marine animal populations; establishing accountability for maintaining healthy populations of all marine mammals.

The Clean Water Act is arguably the most comprehensive law governing pollution in our nation’s waters. It establishes a foundation for regulating our oceans and waterways and continues to serve as a precedent for new environmental legislation.

And in the following years, the United States continued to set a strong precedent for ocean and marine life conservation:

A conversation about our history is not complete without mentioning the International Coastal Cleanup (ICC). Although not legislation, this event has been essential to combating marine debris. Over the past 32 years the ICC has brought together millions of people across hundreds of countries around the world to remove debris from our beaches and keep our waterways free of trash.

This critical legislation authorized the NOAA Marine Debris Program, which is tasked with assessing, removing, and preventing marine debris, in addition to addressing the impact that marine debris has on the U.S. economy, our marine environment, and navigation safety.

Reauthorization of the Magnuson-Stevens Act (2006)

Congress’s reauthorization of the Magnuson-Stevens Fishery Conservation and Management Act made important changes to our fishery law. The new law required that annual catch limits—which set the amount of fish that can be caught each year—must be set at levels that prevent overfishing and allow stocks to rebuild to healthy levels. It also required that limits on catch must not exceed the advice of expert scientists and added accountability measures that ensured limits were achieved.

The Papahānaumokuākea Marine National Monument was established by President George W. Bush in 2006. The monument covers 583,000 square miles of ocean waters, making it one of the largest protected areas in the world. Consisting of ten islands and atolls of the Northwestern Hawaiian Islands, this monument is known for its cultural and scientific significance.

In 2010, President Obama crafted the National Ocean Policy to codify federal involvement in addressing challenges facing our oceans. This broad action plan supports all facets of the ocean including marine planning, fishing and boating, and economic prosperity. While enacted, the National Ocean Policy made a remarkable impact on our ocean’s health. Despite being recently repealed, the positive impact of this policy can still be felt in our ocean planning management today.

As we celebrate this milestone for Ocean Conservancy, we also celebrate the long history of strong public policy that has helped advance conservation and shape the future of our oceans for the better.

Finding allies in our current political climate is not always smooth sailing; however, since our inception, crafting smart policy has been at the forefront of who we are as an organization. We are optimistic that this success will continue for years to come. Just as we have for the past 46 years, we will continue to fight for positive change.

This progress wouldn’t be in possible without the support and advocacy of you, our members. So from all of us here at Ocean Conservancy, thank you for joining us in the fight to protect our ocean.