A Deep Dive with the Dumbo Octopus 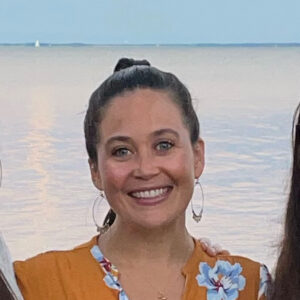 When you think of “dumbo,” you might automatically picture the elephant from the classic Disney film famous for his big ears. Yes, that Dumbo is pretty adorable, but what if I told you that deep down in the ocean there lived an even cuter dumbo that is much smaller than its namesake?

Meet the deep-sea octopus, also known as the dumbo octopus!

The dumbo octopus got its name due to its prominent ear-like fins that help propel it slowly through the water. (And yes, it is named after the fictional flying figure!) There are a whopping 17 recognized species of dumbo octopuses in the genus Grimpoteuthis. They are a group of umbrella octopuses, which means they have webbed skin connecting their tentacles that gives them a bell shape.

Measuring at an average of just eight to 12 inches in length, the dumbo is the deepest-living octopus and can be found—that is, if you can see in the dark and stand the cold-water temperature—between about 1,000-13,000 feet beneath the ocean surface. The deepest recorded sighting of a dumbo octopus was in 2020 at more than 20,000 feet below the surface! Because it lives so deep in the sea, the dumbo octopus rarely encounters predators. In turn, the cute little creature doesn’t have an ink sac like most octopuses do since the defense mechanism is not needed. When it’s time to eat, the dumbo octopus doubles as a Dyson and vacuums up worms, snails and other critters from the ocean floor and swallows them whole.

The dumbo octopus reproduces in an uncommon way compared to other marine animals as there isn’t necessarily a “breeding season.” Instead, a female can continuously lay eggs in various spots, such as coral, shells or rocks. A male conveniently hands over an encapsulated sperm packet, which the female can then use for fertilization at any time. The average life expectancy of the dumbo octopus is three to five years.

Though it is believed that the dumbo octopus could be living worldwide, species have been found off the coast of California, Oregon and in the Gulf of Mexico, as well as Australia, the Azores, Papua New Guinea, the Philippines and New Zealand. Much remains to be known about this elusive, endearing creature because it lives at nearly immeasurable depths.

But there is one thing we do know for sure: The dumbo octopus is one of the most adorable animals we’ve ever sea-n!