The Immortal Jellyfish Lives up to Its Name

Can a jellyfish live forever? 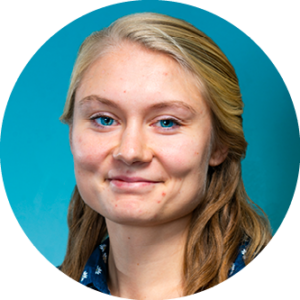 How do you live forever? We humans have been trying to answer this question since the dawn of time. But, it turns out you don’t need a magic elixir or sorcerer’s stone to live in perpetuity. No, one humble ocean creature—the jellyfish—has known the secret all along.

A very specific jellyfish to be exact: the Turritopsis dohrnii, which is more commonly, and aptly, called the immortal jellyfish. Discovered in the Mediterranean in 1883, this hydrozoan has been stumping scientists with its ability to outlast death ever since.

So, just how does it do it?

Turritopsis dohrnii is a species of jellyfish no bigger than a half centimeter that lives in seas across the world. It has two forms: medusa (think classic jellyfish with bell-shaped body and multiple tentacles) and hydroid, or polyp (the baby form of our jelly friend, growing as a colony with other polyps on the ocean floor). Its unique ability to revert back to this younger polyp form after reaching its fully-grown state, and thereby start its life cycle anew, is what earns this jellyfish the title “immortal.”

Sound like the plot of Benjamin Button? This jelly is no Brad Pitt, but it is curious. When the immortal jellyfish restarts its life cycle, it also repurposes and regenerates its cells in a process called transdifferentiation. It begins the path toward its medusa form again as a practically entirely new being.

Feeling waves of jelly-directed jealousy? Don’t get your tentacles in a twist. The immortal jellyfish has challenges like any living creature. Its life-renewing process only begins if the jellyfish is threatened or harmed in some way, such as starvation or rapidly changing ocean temperatures. Further, it is possible for the immortal jellyfish to die. Predators like sea slugs find them too tempting a snack to allow some jellies the chance to live for all eternity.

The immortal jellyfish is a majestic and mysterious creature that may just outlive us all. Scientists, pharmacists and doctors hope a study of its life cycle will bring improvements to the aging process for us mere mortals on dry land. This remains to be seen, but the immortal jelly is sure proof that our ocean holds wisdom still left undiscovered. What will we find out next? Join Ocean Conservancy today and support a healthy ocean to be explored for years to come!