This Bobtail Squid Might Be the Cutest Thing in the Ocean 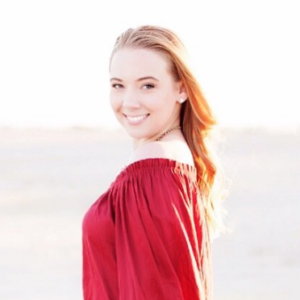 Gather ‘round, ocean lovers…we found it. We found what we’re pretty positive could be the cutest cephalopod in the entire ocean, and its name is the Hawaiian bobtail squid (Euprymna scolopes). From their favorite foods to their BFF status with a special little set of bacteria, check out these six things to know about one of the most adorable invertebrates in the entire ocean: the Hawaiian bobtail squid.

This species is tiny…like, really tiny.

While there are a wide range of cephalopods that come in all sorts of shapes and sizes, this petite little squid species only reaches an average of around 1 inch (2.5 cm) in mantle length upon reaching adulthood. For comparison, that’s just a bit smaller than your average golf ball. As you can tell, they’re very little! Cuteness levels reach volumes of approximately one million, though, so…not so tiny in that aspect.

You may know someone who loves staying up late at night and does *not* appreciate their alarm clock going off in the morning. Well, no one can compare when it comes to the Hawaiian bobtail squid! They are not big fans of going out and about during the daytime, and are known to literally bury themselves in the sand until it’s time to hunt for food when the sun goes down.

They love crunchin’ on crustaceans.

One of this little cephalopod’s favorite snacks is a delicious shrimp! They are also known to eat a number of small fish and annelids (essentially, worms of the sea). They may be small, but bobtail squids pack a powerful punch when it comes to wrangling their next meal.

They have extremely well-developed little eyeballs.

Did you know that a number of cephalopod species are often used in studies to further understanding of human eyesight? Many of the mechanisms that serve ocular function in these creatures are similar to those of the human eye. For example, their ability to project sharp, clear and focused images mirrors human ocular process quite well, serving as a model in studies focused on researching and finding solutions to congenital disorders of the eye in human beings. Bobtail squid have also been used as models in human immunology research.

Yes, you read that right! The Hawaiian bobtail squid has garnered significant attention in recent years, as its symbiotic relationship with a very particular little bacteria makes it (quite literally) light up a room. Here’s the deal: Bobtail squid have a fascinating specialized light organ in their ink sac that produces light each night (both so the squid can avoid predators, and to assist in its agility in hunting its own prey). Well, that little light organ doesn’t just operate all on its own. Who’s to thank for this nightly illumination ability? A little bacterial microorganism, known as Vibrio fischeri.

These bacteria thrive within the light organ, and the relationship proves truly symbiotic. The squid provides sustenance through sugars for the bacteria, while the bacteria provide the squid with the ability to camouflage itself (it literally illuminates to match the brightness of the moon). What may be the most intriguing aspect of this example of symbiosis is the mere fact that this relationship could be dubbed, if you will, truly monogamous: Vibrio fischeri is the only bacteria with the ability to thrive within the light sac! Compared to other symbiotic relationships in the animal kingdom, this is quite unusual. For example, green sea urchins serve 184 microbial symbionts, and white rock shell sea snails serve nearly 1,500. Serving only one symbiont makes the bobtail squid’s relationship with its little bacterial partner truly unique, and is currently being studied in depth in research on the evolutionary development of symbiotic relationships.

Bobtail squid are so good at camouflage, even the U.S. military has studied it.

The camouflage abilities that come with the aforementioned symbiotic relationship are no joke: bobtail squid basically have nature’s version of an invisibility cloak! The ability for this animal to disguise itself is so good, in fact, that the United States Air Force has even studied the reflective attributes produced by the symbiotic relationship to improve aircraft camouflage.

I don’t know about you, but if I were a teeny tiny squid under 2 inches long, I’d be pretty darn impressed with myself for being used as a model for military-grade aircraft. I suppose that just comes to show how much nature truly does have to teach us…even in the tiniest of creatures off the coast of the Hawaiian islands!