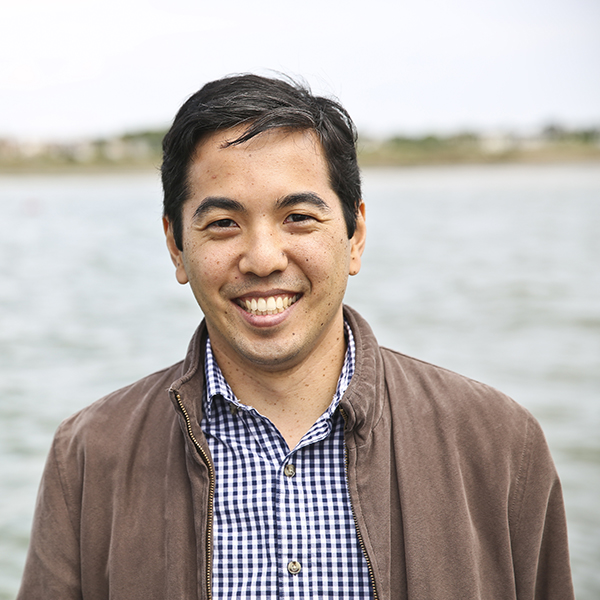 Weatherly Bates, her husband Greg and their two children, own and operate Alaska Shellfish Farms, an oyster, mussel and kelp farm near Homer, Alaska. Over the course of a 14-year venture, they’ve seen many changes on the water, and in their surrounding Alaskan landscape. Working on the water, she’s become increasingly concerned about ocean acidification, and how the marine habitat she cherishes so dearly, is changing.

Ocean Conservancy’s Ryan Ono, Ocean Acidification Program Manager, had the opportunity to speak with Weatherly about her farm and the changes she’s seen in our ocean.

Ryan Ono: It’s always fun to learn how a family shellfish farm gets off the ground these days, so could you tell me a little about how yours started?

Weatherly Bates: My husband and I always had a passion for the ocean and wanted to create a sustainable business on the water. In our early 20s we moved to Alaska and started our farm in some of the most pristine, productive waters of the world. We view shellfish farming as a way to give back to the environment. By growing shellfish, we may help reduce pressure on overharvested wild species. In addition, our shellfish feed on naturally occurring algae so we never have to feed or fertilize our shellfish. Growing shellfish actually helps create amazing habitat for other marine animals to grow in. Our farm is a complex ecosystem. The farm structure we put in the water attracts millions of tiny sea creatures that grow protected within the oyster cages. In addition, every surface of our farm is covered in kelp that naturally grows and provides habitat and food for invertebrates, fish and birds.

Ono: I think most people are familiar with terrestrial farms, or with growing their own vegetable gardens, so can you walk us through the process of raising oysters from seed to harvest?

Bates: We plant oyster seeds at 3mm, it takes about 3 years to grow an oyster in Alaska. Oysters do not spawn or reproduce in Alaska because it is too cold, therefore we get our oysters from a hatchery. Oyster hatcheries in Hawaii produce seed for Alaska oyster farmers.

The first year the oysters are grown in an oyster nursery, the second year they go into oyster cages. Throughout the process we grade them by size to encourage better growth, tumble the oysters to shape and harden their shells. When we harvest them, we hand sort and count them all by hand.  My favorite part of the whole process is working with our kids. We have an oyster tumbler with a conveyor that our children love working, they pick out shells and sea creatures that come down the conveyor.

The sheer joy the crabs, worms and multitude of sea creatures bring our children is enough to keep me farming for my entire life.

Another amazing aspect of the farm are the sea otters. We have had a special friend named Scuppers follow our boat for several years eating the small mussels and sea creatures that get washed out our Scuppers. Scuppers is missing her front paw, when she first came to our boat she was very young and skinny. She has grown into a healthy otter eating and being independent sometimes we don’t see her for months! But when she comes back she brings an indescribable joy to our life.

Ono: Originally, the farm did not grow mussels and kelp. Can you talk about how you came to add these to your oyster sales?

Bates: Ocean acidification is a huge concern to us not only for our farm but the health of our ocean. Oysters, mussels and many invertebrates use calcium carbonate to build their shells. When the water becomes more acidic it impacts the ability of shell building organisms to build their shells. Shell-building invertebrates form the basis of the food chain, without them the food web suffers dramatically. Ocean acidification threatens us and all of the species we harvest from the ocean. Climate change also plays a significant role. We saw a mass mortality in 2014 in our oysters and we suspect it was not limited to oysters but harmed many organisms throughout the Pacific. The following year, tens of thousands of sea birds starved in Alaska, likely due to unusually warm waters decreasing their food. Warmer water holds less oxygen, and that contributes to species decline.

Ono: What actions have you and other shellfish growers taken to protect yourselves from the impacts of acidification since first coming across it as an industry in 2008?

Bates: After the major OA event, many shellfish hatcheries on the West Coast started adapting to combat the effects of OA. It’s estimated that about 25% of all CO2 released by fossil fuel burning is absorbed by the ocean. Deep water from the Pacific is much more acidic from carbon being concentrated in colder waters.  And when upwelling occurs off our coasts it brings this more acidic water to the surface. Before this was known, hatcheries were intaking this water into their shellfish hatcheries which would then kill all the days-old oysters. To avoid this, hatcheries started to time their water uptake with non-upwelling events and also began adding calcium bicarbonate to their water for the oysters to build their shell. This manipulation is effective in the hatchery setting, but how sea creatures cope with the acidification events in a non-controlled environment is very scary—they tend to die! The oysters we grow on our farm are able to cope with the acidification because they are over 3mm (the younger oysters seem to be the ones most affected). Also, raising kelp has helped our farm on a local level as the kelp absorbs the CO2 and reduces acidification.

Ono: Beyond what you and other shellfish growers can control, what do you see as necessary human actions for a vibrant ocean ecosystem and healthy shellfish industry?

Bates: For a vibrant marine community we need diversity and healthy water conditions for animals to grow. Climate impacts may render our waters incapable of supporting marine life.

We need to reduce carbon emissions for the future health of our oceans.

¼ of carbon emissions are absorbed by our oceans making CO2 rich water which is eventually drawn to the surface towards our coast by upwelling making surface waters much more acidic and deadly to ocean life. These events cause massive die offs in ocean larvae impacting the entire food chain.

Ono: Well, Weatherly, I know it’s been an especially busy and challenging spring, but thank you for your time in sharing your experience on the water with us.

Bates: Thank you it has been a pleasure.