Clam you believe it? Meet the shellfish with zippers 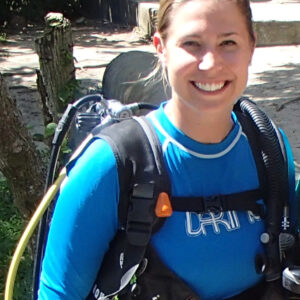 Pacific razor clams are bivalve mollusks that live in sandy beach environments stretching from Alaska to California. In the Pacific Northwest states of Washington and Oregon, an adult razor clam can live up to about six years, attaining a maximum length around six inches—roughly the size of a U.S. dollar bill. Further north in Alaska where the water is colder and clams grow more slowly than in the Pacific Northwest, clams can reach 12 inches in length and live up to 11 years. The species’ thin, “razor-sharp” and fragile shells are unmistakable—especially if you nick your finger on one while sculpting your sandcastle masterpiece at the beach.

This amazing shellfish is also known for a very unique characteristic: the Pacific razor clam has a “zipper”! While not exactly the same as a zipper you’d pull on your jeans or favorite jacket, a razor clam’s zipper serves an important function. The zipper itself is part of the clam’s mantle organ that helps to lay down a clam’s shell as the animal grows; therefore, the zipper helps with shell formation. Clam you believe it?!

Have you ever encountered a live clam while tide-pooling or beachcombing in your local area? Many clam species live in sands and sediments around the world. Depending on the species, these clams may not need to move much. Razor clams, however, are incredible diggers and, as a result, are one of the fastest mobile bivalves! By expanding and contracting its downward-facing muscular foot, a razor clam can burrow into densely packed sand at a rate of up to nine inches per minute, allowing it to elude predators and remain anchored in turbulent ocean conditions.

This charismatic shellfish is highly prized and plays an important role in the history, culture, economy and food security in the Pacific Northwest. As such, this species has long been targeted in tribal usual and accustomed, recreational and commercial fisheries. While some ambitious razor clam harvesters dig for clams with their bare hands, others use specialized shovels or “clam guns”—long tubes with handles that are shimmied into the sand to force the clam out via suction. If you are lucky enough to live in an area where razor clam harvest is possible, check your local regulations for what gear types are permissible and how many clams per day can be legally harvested.

Pacific razor clams are filter feeders, meaning they pump large volumes of water through their skyward-facing siphons to procure phytoplankton, their primary food source. This method of feeding means razor clams are vulnerable to exposure from contaminants that may be present in the seawater or fine-grain sands they inhabit. Recent research indicates these iconic animals are also exposed to microplastics found in their environment, which are subsequently taken into their bodies.

Washington and Oregon razor clams were found to contain an average of seven and nine microplastics per individual, respectively. Because razor clams are an important food source for crabs, fish, birds, sea otters and humans, the presence of microplastics in their tissues is concerning, as both natural predators and human consumers become exposed to these microplastics through consumption, resulting in up to 6,000 microplastics consumed per year.

Microplastics consumed by marine organisms are of concern not just for the animals that directly take them in, but they may also affect delicate ocean food webs and even human consumers of seafood and other ocean products. But this clam-ity isn’t hopeless. You can learn more about some simple ways to reduce plastic use in your home, which will in turn help protect the environment and incredible ocean animals like the Pacific razor clam from plastic pollution.