Get to Know Gina Raimondo, Our New Secretary of Commerce

As Secretary, Raimondo will play an integral role in overseeing NOAA, our nation’s premier ocean and climate information agency 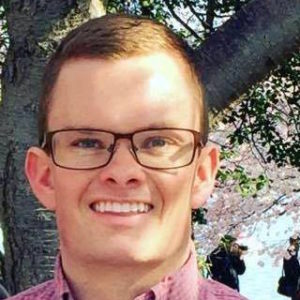 This week, in a bipartisan vote, the U.S. Senate confirmed Gina Raimondo as our nation’s new Secretary of Commerce. Her incoming leadership of the Commerce Department—an institution with one of the most diverse portfolios of any federal agency—brings new opportunities to tackle the intersecting goals of job creation, economic growth, conservation of ocean, coastal and Great Lakes resources, and advancing an all-of-government approach to climate change. Given her track record of experience, Raimondo is the right choice to head the Department as they lead the administration’s efforts to create a more prosperous, just and equitable economy that protects our environment and addresses the challenges of changing climate. Here are five things you should know about our new Commerce Secretary.

1. She was a history-making elected official in Rhode Island.

2. She is a former businesswoman who recognizes that tackling climate change goes hand-in-hand with creating good-paying jobs.

Raimondo knows that tackling climate change and growing a prosperous and just economy are interrelated. Before venturing into public service, she was a founding employee and senior vice president at Village Ventures, a venture capital firm based in Williamstown, Massachusetts, that invested in high-growth start-up companies in at least 10 emerging cities across the country. As Governor of Rhode Island, she invested in workforce training programs, attracted dozens of new businesses to the state and empowered small business owners, all while establishing ambitious goals to advance a 100% renewable electricity future for Rhode Island by 2030 and bringing the state’s unemployment rate to the lowest in 30 years.

3. She is a former Rhodes Scholar who holds a doctorate and a law degree.

Raimondo was just a baby the first time she met Jack Reed, U.S. Senator from Rhode Island. In 1971, the future U.S. Senator had just graduated from West Point, and when Reed arrived at his parents’ cottage in Narragansett, Rhode Island, his mother ordered him next door to say hello to Josephine Raimondo’s new baby girl, the future Secretary of Commerce, Gina Raimondo.

5. She’s no stranger to the greatest challenges facing our ocean.

As Governor, Raimondo has made great strides to tackle climate change and marine debris, two of the most pressing problems facing our ocean. She established a task force to address plastic pollution whose recommendations include steps to reduce single-use plastics and improve recycling. She has been a proponent of expanding offshore wind to reduce our nation’s reliance on fossil fuels and has also been an ally of sustainable ocean planning.