A Welcome Ocean of Change in U.S. Leadership 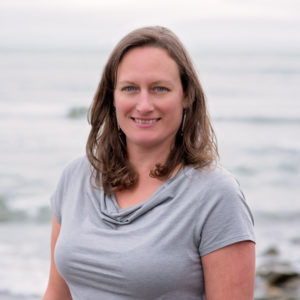 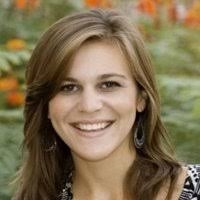 Women’s History Month is a wonderful time to honor the achievements of women, past and present. At Ocean Conservancy, we are celebrating the important leadership role women occupy in the new administration. President Biden’s cabinet nominees featured a record-breaking 12 women, eight of whom identify as women of color. They are proof that women can and do belong at the highest levels of decision-making, especially in the government.

We are honored to begin this list with Kamala Harris. She has the distinction of being the first woman, first Black American and the first South Asian American to serve as a U.S. Vice President. Her distinguished record of public service and her current office set a powerful example for others of what is possible.

Secretary Haaland is an enrolled member of the Laguna Pueblo, making her the first Native American to lead the Department of the Interior. She is also the first Native American Cabinet Secretary in our nation’s history. This is of particular importance to our ocean mission, as the Department of the Interior manages our public lands and waters, including our offshore energy resources. It is also the primary federal agency responsible for upholding treaties and the United States’ trust responsibilities to Native American tribes.

Last month, Ocean Conservancy joined 500 groups in support of the nomination of Deb Haaland for Secretary of the Interior. Our call was supported by more than 8,000 ocean advocates like you who called on their senators to confirm her. You were part of a loud chorus of support led by Indigenous leaders and organizations. We are so thankful that you took personal action that led to the confirmation of the Secretary Haaland of the U.S. Department of the Interior this week.

With a track record of fighting for climate action, Indigenous rights and environmental justice, Secretary Haaland is the right person to advance this administration’s ambitious climate agenda. Her appointment is also an important step towards reckoning with our Nation’s and the Department of Interior’s terrible history with the Indigenous people who are the original stewards of this country.

Gina Raimondo, the first woman to serve as the governor of Rhode Island, was recently confirmed as the Secretary of Commerce. As the Department of Commerce includes oversight of the National Oceanic and Atmospheric Agency (NOAA), Secretary Raimondo will help ensure that our nation’s premier ocean and climate agency plays a central role in President Biden’s climate agenda. She has a track record of strong actions to fight climate change and protect our ocean.

Jennifer Granholm was confirmed as Secretary of Energy in late February, making her the second woman to lead the Department of Energy. Alongside environmental champions like Secretary Haaland and Raimondo, the former two-term governor of Michigan will lead the administration’s efforts to expand clean energy to combat climate change. Soon after she was sworn in, Secretary Granholm released a blog post message to Americans, explaining her commitment to tackling climate change by fueling a transition to clean energy.

Janet Yellen was confirmed as the first woman to serve as Secretary of the Treasury. An economist by training, Yellen has pledged to use the full power of the U.S. government to combat climate change. Notably, she is the first person in U.S. history to have led the Treasury Department in addition to the White House Council of Economic Advisors as well as the Federal Reserve. Since the Secretary of Treasury signs our paper currency, she’ll also have her name on our money!

The new Secretary of Housing and Urban Development, Marcia Fudge, is a longtime congresswoman and former Chair of the Congressional Black Caucus. She represented the 11th Congressional district of Ohio from 2008 to 2021. Another history-maker, Fudge was the first woman and first African American to be elected mayor of Warrensville Heights, Ohio. Fudge has been a champion for affordable housing and fair housing rules throughout her career and brings her experience and values to the Cabinet at a time when we need them most.

The Senate confirmed Isabel Guzman to lead the Small Business Administration (SBA) this month. As SBA Administrator, she will play a critical role in implementing the Biden administration’s recently-passed $1.9 trillion COVID-19 relief package, including the Paycheck Protection Program. Isabel Guzman will build on her experience overseeing small business relief for the state of California throughout the pandemic as the Director of California’s Office of the Small Business Advocate. She is also no stranger to the agency that she will now be leading, as she served as the Deputy Chief of Staff for the SBA during President Obama’s second term.

Avril Haines is the first woman to serve as the Director of National Intelligence. She previously served as the Deputy National Security Advisor and Deputy Director of the Central Intelligence Agency (CIA) during the Obama administration.

Our new United States Ambassador to the United Nations is a 35-year veteran of the foreign service. She has served as Deputy Assistant Secretary of State for Population, Refugees and Migration, as the Principal Deputy Assistant Secretary for African Affairs, as the Ambassador to Liberia and as the Director General of the Foreign Service. Linda Thomas-Greenfield held foreign postings at the United States Mission to the United Nations in Switzerland in addition to Pakistan, Kenya, Nigeria, Jamaica and The Gambia.

When she was confirmed earlier this month, Cecilia Rouse became the first Black American to lead the Council of Economic Advisors. A former member of the Council under President Obama and the dean of the Princeton School of Public and International Affairs, Cecilia’s priority in her role is to promote racial and gender equity in the economy.

This Women’s History Month, please join Ocean Conservancy in celebrating these incredible women. They are proof that the highest offices of our country are within reach.