What is the IPCC?

This international climate report matters to our ocean and our planet 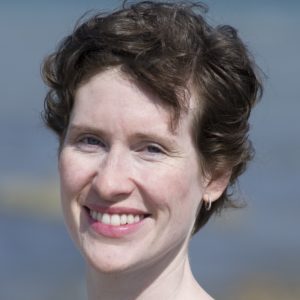 What is the IPCC?

The Intergovernmental Panel on Climate Change (IPCC) is the leading scientific authority on climate change. Every six or seven years, scientists from around the world organize into expert working groups and review thousands of the latest studies on climate change. They then distill this information into reports that provide policymakers and advocates with the information they need to combat the climate crisis. Each report they release offers us more insight into the drivers of global warming, how climate change is impacting our planet and our communities, and how we can address those impacts to protect communities and ecosystems.

The IPCC has sounded the alarm on climate change since their first report in 1990. Their work paved the way for international agreements to tackle the crisis like the Kyoto Protocol and Paris Agreement. Over the years, these reports have analyzed the research to confirm that global warming is occurring, that humans are the cause and that we need to reduce carbon emissions to address it. More recently, IPCC reports have assessed how climate change is affecting human communities as well. The IPCC provides critical insights that can help communities adapt to predicted changes and develop new tools to reduce or sequester carbon.

Why is the IPCC report important?

The IPCC shows us what our future looks like if we don’t tackle the climate crisis. It also assesses the possible paths to avoid the most catastrophic possibilities. This assessment provides the information that decision-makers need to take swift and decisive action. The IPCC has sketched out the array of possible futures ahead (referred to as “scenarios”) that depend on what policies are put in place to cut carbon emissions. It is a clear demonstration for how our future depends on society’s choices and the political will of those in leadership positions. To avoid the worst impacts of climate change, the science is clear: Drastic carbon emissions cuts are required.

The first part of the Sixth Assessment Report released in August found that climate impacts are already widespread, rapid and intensifying. The planet Earth has already warmed more than 1 degree Celsius. Even with the international commitments made at COP26 in Glasgow, we are still on track to see 2.0 degrees warming by 2050 and as much as 2.7 degrees by 2100. This level of warming would lead to devastating losses in habitats, increased risk of sea level rise in extreme heat and other weather impacts that would put many communities at risk. IPCC reports use the best available science to show what we will lose if we don’t act now.

What’s in the latest IPCC report?

On February 28, 2022, the IPCC released Working Group II’s contribution to the Sixth Assessment Report. This report focused on the climate impacts, adaptation needs and vulnerabilities resulting from our warming climate.

Near-term mitigation and adaptation actions can influence the extent and severity of predicted climate impacts. However, the window for action is closing even faster than previously predicted, and we must act now to save ourselves and the planet as we know it from the worst-case scenarios.

What does this mean for the ocean?

The ocean is both a victim of climate impacts and a vital part of climate solutions.   Each IPCC report gives us more insights into how our ocean is changing and how those changes might impact the wildlife and communities that depend on it. We know from previous reports that the ocean is getting warmer, becoming more acidic and losing oxygen at a faster rate than ever recorded—so fast that species, including humans, may not be able to adapt to these changes. We can see clearly with this report just how severe the increasing threats from sea level rise, changes in food systems and coastal flooding will be. Simply put, climate change is putting the ocean at risk in more drastic ways than we’ve ever seen before.

Is there room for hope?

The last several years of intensifying climate-driven disasters have shown that more people than ever understand that climate change is happening in their own communities. In 2020, just one-quarter of the American population was dismissive, doubtful or disengaged on climate change. That means that three out of four Americans are taking the threat of climate change seriously, and they are ready for climate action.

Communities everywhere are adapting to the initial impacts of climate change and planning ahead for what’s to come. The newest IPCC report assesses the adaptations that communities have tried already and shows the common features of the most successful adaptation activities. Specifically, it underlines how inclusive, coordinated adaptation actions that rely on multiple types of knowledge tend to produce the most robust outcomes with the most benefits for ecosystems and people. This report creates a more detailed picture of the adaptation solutions we have and identifies gaps where transformative changes are still needed.

This latest report makes clear that we can no longer hit “snooze” on the alarm that the IPCC is sounding. If we continue to doze through the warnings, we will begin to miss out on more opportunities to have a healthy ocean and thriving coastal communities.