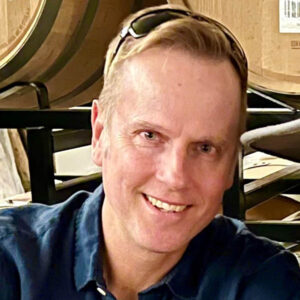 In less than two months, the National Oceanic Atmospheric Administration (NOAA) will release its outlook of the number of hurricanes making landfall in the United States in 2022. This gives people a sense of preparedness based on whether the season is expected to be above or below average for hurricane activity. Communities along Florida’s Central Gulf Coast might soon have the benefit of a similar system for red tides, a tool that could help people better plan their vacations and communities mitigate or minimize economic losses.

Red tides in Florida’s ocean waters are seasonal algal blooms caused by a marine dinoflagellate called Karenia brevis that likely originate offshore before winds and currents push them toward the coast. Fish kills, sickened or dead manatees and respiratory irritation among beachgoers and residents are the most common impacts during red tide events. Economic losses stemming from lost tourism dollars can also be steep. A recent study found that during the protracted 2018 red tide, Airbnb’s losses amounted to $70 million and the economic ripple effects were nearly 5X as high at $317 million.

Another important study sheds light on the severity of red tides on Florida’s Gulf Coast between 1950 and 2019, and most importantly, why some blooms caused greater respiratory misery than others. NOAA researcher Rick Stumpf and colleagues constructed an annual index of red tide bloom severity from 70 years of data on K. brevis cell count levels. They also generated an index for respiratory irritation, a measure of the number of beachgoers with asthma-like symptoms exposed to aerosolized toxins produced by K. brevis.

Researchers found a large uptick in bloom severity from the early 1990s to 2019. One reason: Scientists upped their sampling and thus detections increased. But it is also possible that nutrients or warming sea temperatures contributed to more severe blooms. Second, their results revealed that September is historically the month people experienced the greatest level of respiratory distress. Third, and most tellingly, they found that some months with moderate blooms had unusually low respiratory irritation levels. One likely reason: offshore winds pushed the noxious brevotoxins people breathe out to sea.

More research is needed to confirm their findings, but this study suggests that scientists might be on the cusp of making predictions of red tide-driven respiratory irritation with a finer level of precision. If wind direction can be reliably predicted on a weekly or even monthly basis during a bloom, beach condition forecasts may be made with a higher level of certainty. In addition, researchers may one day be able to assess how specific drivers such as nutrient loads, salinity levels or Saharan dust deposition in the Gulf of Mexico contribute to bloom severity in nearshore waters. (Saharan dust storms contain iron that indirectly fuels the growth of the red tide organism). If we can link nutrient loads to red tide severity, we will have a clearer sense of cause and effect and a stronger incentive to control them.

A more robust system of forecasting seasonal red tide irritation levels predicated on NOAA’s annual hurricane outlook would be a relatable and useful tool the public and businesses can use to plan vacations or associated changes in booking activity and staffing needs. Like hurricanes, red tides are practically an annual phenomenon along Florida’s Gulf Coast that residents, visitors and businesses cannot entirely avoid. However, a monthly or even seasonal outlook for red tides, borne out of new science, would help people better prepare and make informed decisions.