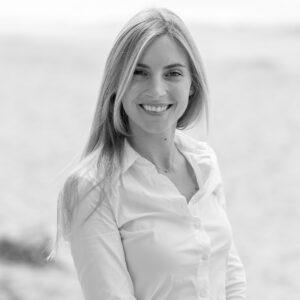 Inspired by and modeled after a similar small grants program sponsored by Ocean Conservancy’s International Coastal Cleanup® (ICC) in support of ocean cleanup projects, Ocean Conservancy launched its GGGI Small Grants Program in 2021. This program builds greater capacity for GGGI projects by providing the financing and mentoring support needed for GGGI member projects with the aim of preventing, mitigating and remediating ghost gear.

The GGGI also designates an annual recipient of the Joanna Toole Ghost Gear Solutions Award. This award was established in 2019 to honor GGGI co-founder, United Nations worker and former World Animal Protection campaigner Joanna Toole who tragically lost her life at age 36 in the March 2019 Ethiopian airlines crash. This award, presented to projects that show excellence in tackling the problem of ghost gear, is made possible by support from Ocean Conservancy, the Government of Norway and Joanna’s friends, family members and colleagues, including the Joanna Toole Foundation.

Adrian Toole, Chair of the Foundation and Joanna Toole’s father, had this to say about the award: “As Joanna’s father and on behalf of the Trustees of the Joanna Toole Foundation, I am very grateful that Ocean Conservancy and the Government of Norway are awarding this, the fourth yearly award, that both honors Joanna and continues her work for animal welfare. Joanna was among the first campaigners to recognize the terrible toll that ghost gear exacts on aquatic life and its detrimental effect on the economies of fishing communities.”

In 2022, the GGGI Small Grants program received 15 applications from members in 10 countries that spanned from East Africa to South and Southeast Asia, Europe and North America. Applications were reviewed by the GGGI leadership as well as members of the Expert Advisory Council. With support from Ocean Conservancy, the Government of Norway, Norwegian Retailers’ Environment Fund and Morgan Stanley, we are excited to announce a total of $205,000 in grants awarded to six organizations working to mitigate, prevent and remediate ghost gear.

The GGGI is proud to present the following grant recipients:

NP Junior Rangers Uganda Limited (Kampala, Uganda)—This organization aims both to prevent and remove ghost gear from Lake Victoria in Uganda by working with the local community. Their project goals include:

Emerald Sea Protection Society (British Columbia, Canada)—What began as a small, self-funded organization founded by commercial divers and marine surveyors has quickly grown to a leading public and private partner addressing ghost gear off the Pacific Coast in Canada. Their project aims to expand their ghost gear removal capacity and raise awareness for their work by:

Patuakhali Science and Technology University (Patuakhali, Bangladesh)—This academic program is focused on research, training and entrepreneurial development for undergraduate and postgraduate programs. The university aims to pioneer a ghost gear study in the Bay of Bengal with the following goals:

Sea Mammal Education Learning Technology Society (Washington, United States)—Also known by the acronym SMELTS, this organization is focused on the research and development of technology to reduce harm in interactions between humans and marine life. This project employs their ropeless lift bag technology to remove marine debris and rescue anchored whales and includes:

Stichting Ghost Diving (Zuid-Holland, Netherlands)—Founded in 2012 by technical divers specializing in the removal of ghost gear and marine debris, Ghost Diving is the largest and most experienced global diving organization focused on tackling ALDFG. Their project, Coasts Untangled, conducts ghost gear surveys along the Greek coast by: