Five cities and their plans to combat plastic pollution 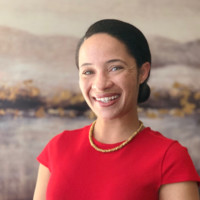 As our ocean connects us, so does the need for solutions to protect it. Research has shown that one of the main ways to reduce the flow of plastic to the ocean is by improving urban recycling and waste collection systems. That’s why over the past two years, Ocean Conservancy’s signature program, Urban Ocean®, has been working with partners and communities around the globe to implement science-based solutions to reduce the plastic pollution stemming from cities.

In collaboration with our partners, Resilient Cities Network and The Circulate Initiative, Urban Ocean hosted the first city cohort’s virtual Accelerator Summit, a platform for cities to present their project ideas designed not only to improve their waste management systems and reduce plastic leakage but to holistically build urban resilience to potential partners and funders. Public and private institutions alike were invited to participate and learn about the cities’ work to combat plastic pollution locally and accelerate their journeys towards a just, resilient and sustainable future.

As part of the Accelerator Summit, five cities submitted “opportunity statements” to potential partners and funders which included a description of their specific needs and the challenges they want to address. These statements also included project outlines and anticipated support needed to carry out the plans.

Can Tho, Vietnam: Vietnam aims to reduce 75% of marine plastic debris by 2030 by eliminating single-use plastics and non-biodegradable plastic bags from all coastal tourism areas. Can Tho seeks to to demonstrate how a well-managed waste cycle in urban areas can enhance tourism, economic activity and equity to advance policy changes at the national level. They want to achieve this by reducing waste and illegal dumpsites, increasing waste sorting and waste collection and partnering with local community groups and Can Tho University.

Melaka, Malaysia: The Melaka Green City Action Plan, developed in partnership with the Asian Development Bank in 2014, highlights the goal of becoming a zero-waste state and reducing waste-related greenhouse gas emissions. There is also a high percentage of tobacco and cigarette litter in the city, which Melaka aims to tackle simultaneously to address plastic-waste and human-health concerns. The city in turn plans to review their smoke-free policy and expand smoke-free zones. Given that a legal and regulatory framework for household waste segregation and illegal dumping is already in place, the city wants to increase its efforts towards related enforcement and educational activities.

Panama City, Panama: Solid waste generation per capita in Panama is one of the highest in the region, and 42.2% of the District of Panama’s waste is improperly disposed. There is a common perception that even recycled waste ends up in landfills, discouraging separation. The city hopes to demonstrate the value of recycled material with longer-term structural solutions to strengthen the recycling industry in the city, promoting green jobs and equity, by partnering with NGOs, the national government and the private sector.

Pune, India: This city generates on average 2,100 metric tons of waste daily, which is among the highest in India. Pune wants to leverage its exemplary cooperative model for waste pickers to review and improve the city’s current waste management practices, formalize informal recyclers and create a litter-free city campaign.

As a result of the Accelerator Summit, several new partnerships have been formed, and additional funding has been committed to support program cities in developing their resilience projects to combat the plastic-pollution crisis. Conversations are still ongoing, though some early successes and partnerships to date from the summit include: