Cigarette Butts are a Plague On Our Beaches 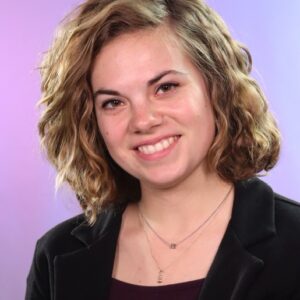 Walking along a breezy Florida beach is a wonderful feeling, the soft sand and gentle ocean waves enjoyed by locals and tourists alike. Unfortunately, trash on our beaches is causing major threats to this idyllic image. Specifically, cigarette butts, the small fibrous filters at the end of cigarettes, are the most littered item found on beaches around the world.

During Ocean Conservancy’s annual International Coastal Cleanup in 2021, over 78,000 cigarette butts were removed from coastal areas in Florida alone, with over 1.2 million cigarette butts removed globally. While these numbers may be shocking, many people do not realize the impact a single cigarette can have; in fact, a 2012 study even showed that 75% of smokers in the U.S. have thrown their cigarette butts on the ground in public at some point or another.

Why are cigarette butts bad for beaches?

It is a large misconception that cigarette butts will break down harmlessly into the environment. Cigarette filters are basically tiny webs of plastic that absorb the toxic chemicals of tobacco. When cigarette butts are left in the environment, the sun, rain and wind will ultimately break the plastic filter down into tiny microplastics, releasing the same toxic chemicals onto our beaches and into our waterways. These toxic chemicals, including nicotine, heavy metals and even carcinogens, contaminate soil, plants and water quality. To make matters worse, microplastics are often consumed by wildlife, blocking the digestive system and causing malnourishment or even starvation.

While the health consequences of smoking and secondhand smoke are well understood, the harm these discarded cigarette butts present to wildlife, flora and also human health are often forgotten.

What is being done to help?

Thankfully, Florida cities are now stepping up to address this problem. Earlier in 2022, Governor Ron DeSantis signed a new law that now allows local governments to ban smoking on public beaches and in parks within their jurisdiction. Shortly thereafter, Miami Beach Vice-Mayor Alex Fernandez proposed a smoking ban on public beaches and in parks for the City of Miami Beach in an effort to reduce the #1 littered item in Miami and improve the health of the beaches. The ordinance was passed in a 5-1 vote and as of January 1, 2023, cigarette smoking will be officially banned in these areas in the City of Miami Beach.

This is a major win for our beaches. Ocean Conservancy provided comments in support of the ban and is excited to continue our partnership with the City of Miami Beach as we work together towards cleaner, healthier beaches and waterways.

In response to the new state law, many other municipalities are stepping forward to ban cigarettes on their beaches and in their parks. We are optimistic about the profound effect these bans will have for our ocean. Ocean Conservancy will continue to track the number of cigarette butts littered across Florida to evaluate the effectiveness of these bans, and we look forward to seeing cleaner beaches across Florida for the people and wildlife that depend on it.