Scientists Shocked: Plastics, Not Santa, Near the North Pole 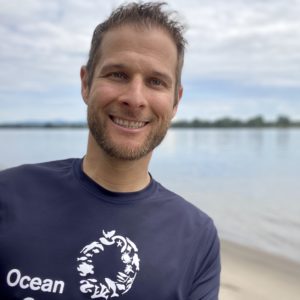 When you think of the North Pole—you immediately have visions of snow, ice, polar bears and the Northern Lights…and let’s be honest, Santa Claus! The last thing you’d imagine is trash or debris near the North Pole. But, news reports last week highlighted the growing problem of marine debris—reaching the far corners of our ocean. Chunks of plastic have been found on remote frozen ice floes just 1,000 miles from the North Pole, the first such find in an area previously inaccessible because of sea ice.

Scientists say it’s one of the most northerly sightings of plastic in the world’s waters and fear the material is flowing into the Arctic as ice melts as a result of climate change.

In addition to plastic being found near the North Pole, plastic has been found in more than 60% of all seabirds and in 100% of sea turtle species, that mistake plastic for food.

The fact that we’re seeing plastics accumulate in the Arctic is troubling, to say the least. Plastic pollution poses a real threat to the species that call the Arctic home—mammals and birds can ingest plastics, mistaking them for food, and fish can inadvertently filter microplastics through their gills, clogging their bodies with trash.

Plastic touches all of our lives, from the food packaging we buy to the computers we work with and the cars we drive. But many of the plastics we touch in our daily lives are used only once and thrown away. So much of this plastic is ending up in the ocean that in just a few years, we might end up with a pound of plastic for every three pounds of fish in the sea—whether in the Arctic or Alabama, that is not an acceptable or sustainable future for our ocean.

Ocean Conservancy continues to focus on keeping plastics out of the ocean. For more than 30 years, we have been at the forefront of efforts to engage a global community of ocean lovers that has removed over 225 million pounds of trash from coasts, beaches and waterways in more than 150 countries.

Cleanups can help stem the tide of marine debris entering the ocean. But the recent North Pole discovery is a chilly reminder that we must all work together to ensure a healthy ocean–free of plastic–for our future by tackling ocean plastics at every point in the plastic pollution pipeline.