Racing to Protect Our Ocean 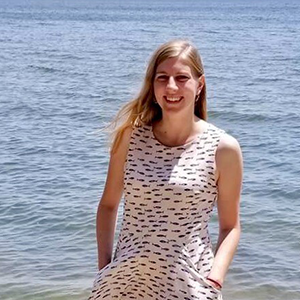 On a clear, cool Saturday morning in February, Allison Schutes, Associate Director of Ocean Conservancy’s Trash Free Seas® program, and I were up before sunrise, preparing for a beach cleanup Ocean Conservancy co-hosted with our partner NATHAN in Huntington Beach, California. We arrived at Bolsa Chica State Beach just as the sun began to warm the sand. The team at NATHAN, a running company, is participating in an “adopt a beach” program through the California Coastal Commission, and this was the first in a series of three cleanups the company will be conducting throughout the year.

As we finished setting up our cleanup supplies, including boxes full of reusable gloves and trash bags along with a weigh station for the collected debris, a group of enthusiastic runners set off on a 5K loop to warm up before the main event, which NATHAN organized in collaboration with A Snail’s Pace running shop. Once the running group returned, and after a brief word of welcome from Allison, volunteers donned their gloves, grabbed a bag and headed out onto the beach in search of trash. After the initial rush, a steady stream of people arrived to participate in the cleanup, whether they had planned to attend or were simply passing by and were drawn to the festivities. It is always heartening to see the passionate individuals who dedicate their time to cleaning up our beaches and waterways, and we were delighted to welcome 100 volunteers to the Bolsa Chica event. Many people who participated in this cleanup even came prepared with their own reusable gloves, water bottles and bags or buckets.

With palm trees gently swaying and waves crashing in the background, Bolsa Chica State Beach was a pristine area of coastline, with an array of beachgoers dotting the sand and a handful of surfers bobbing in the waves. However, as volunteers spread out in search of trash, they didn’t have to go far. Some people found that they could simply dig through a small patch of sand and pick up dozens of tiny fragments of plastic, also known as microplastics, which are defined as particles less than five millimeters in diameter. These plastic pieces often originate as larger items that break down over time by wind and wave action as well as sun and sand exposure, and though they continue to break into smaller pieces, they stubbornly remain in the environment. Time and time again, volunteers commented on the sizable and surprising number of plastic and foam pieces they discovered, as well as other small items such as straws and bottle caps.

It’s no secret that trash, even tiny trash, is a big problem and poses a number of threats to marine ecosystems and particularly the wildlife that call them home. Research suggests that as many as 51 trillion pieces of microplastic are estimated to be circulating the ocean, globally. Pollutants including pesticides, PCBs and DDT bind to the surface of microplastics and can then be accidentally consumed by fish, birds, turtles and other marine organisms. As plastic pieces and their associated contaminants are ingested up the food chain, these chemicals accumulate, causing problems for marine predators and potentially humans. And chemical risks aside, ingesting plastic can lead to additional serious problems like blockages.

Despite the many challenges, people around the world are taking matters into their own hands to be part of the solution. There are many steps you can take to keep our beaches, waterways and ocean clean and healthy. Find a cleanup near you as part of the International Coastal Cleanup that happens every September around the world, and join more than 12 million volunteers who have participated over the past 32 years. You can also conduct your own beach or riverside cleanup any day of the year by downloading our marine debris data collection app, Clean Swell. The Clean Swell app allows you to track your time, distance and items gathered. Ocean Conservancy uses your cleanup data to analyze trends and track overall cleanup and marine debris data over time and in different locations worldwide. You can also make ocean-friendly choices in your daily life—choose reusable water bottles, thermoses and coffee cups, ask to Skip the Straw when going out to eat or bring your own reusable straw along with you. Recycle what you can and properly dispose of what can’t be recycled. Though the microplastics issue is anything but tiny, I am optimistic that together we can turn the tide on ocean trash.