Interesting tidbits about one of the world’s most endangered large whale species—and how you can help them. 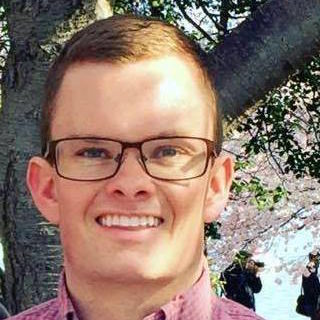 The North Atlantic Right Whale is one of the most critically endangered populations of large whales in the world. Currently, North Atlantic right whale populations are estimated to be less than 440 individuals. Though these whales have been studied for years, plenty of mysteries remain about these creatures of the sea.

What we do know is that they can be found in the Atlantic Ocean along the Eastern coast of the United States and Canada. These whales also have a long history of human exploitation dating back to the 10th century where they were heavily harvested by whalers for their abundant oil and blubber deeming them the “right” whales to hunt.

Thankfully, in the 1970’s, to safeguard the species from the brink of extinction, they gained the protection of the Endangered Species Act (ESA) and the Marine Mammal Protection Act (MMPA). The ESA is a game-changing law that has provided protection to countless species—like the North Atlantic Right Whale—and has brought many of them back from the brink of extinction. Unfortunately, the ESA is under threat in Congress, so as you read through these facts, consider what it would be like if we didn’t have laws like the ESA on the books to protect these majestic species.

Eubalaena is derived from the Greek meaning “well” or “true” whale, and the right whale’s specific name, glacialis, means “icy.”

That means they don’t have any teeth! Instead, they use baleen, which looks like a comb, to filter their food.

North Atlantic right whales can grow between 45 and 55 feet and weigh up to 70 tons. They have a long arching mouth that begins above the eye and rows of baleen plates hanging on each side of their upper jaw.

North Atlantic right whales are one of the world’s largest whales. Remarkably, they only eat zooplankton like copepods and krill larvae. Scientists have found they can eat between 2,200 and 5,500 pounds of food every day!

Their characteristic feature is callosities, which are raised white patches of roughened skin on their heads. Each right whale has a unique pattern of callosities that help scientists’ identify each individual.

Callositites on North Atlantic right whales appear white due to cyamids, which are commonly known as whale lice. They are not true lice like the kind that humans can get, but rather a type of skeleton shrimp parasite that lives on some whales, dolphins and porpoises!

An adult North Atlantic right whale can weigh around 70 tons with up to 40% of the whale’s body weight composed of blubber. This blubber also helps them to regulate their temperatures by keep heat in while in colder waters.

North Atlantic right whales are among the slowest swimming whales! They can reach up to 10 miles per hour, but typically average around 6 miles per hour. They can dive to depths of 1,000 feet and can stay underwater up to 40 minutes!

Whales use their lungs to breathe air, just like us. They have to come to the surface to breathe using their blowhole. When a right whale breathes out from its two blowholes, the whale’s breath, combined with water droplets, makes a characteristic V-shape.

Right whale mothers and their calves exhibit strong behavioral attachments. Like other mammals, the calf stays with its mom for up to a year and often in close contact. They have been observed swimming up on their mother’s back or by butting heads, and sometimes the mother may roll over to hold her calf with her flippers.