When Florida’s ocean and coastal resources are under threat because of environmental degradation, the economy will suffer in equal measure 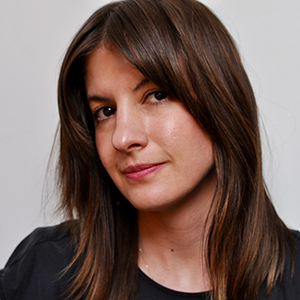 This article originally appeared in the Orlando Sentinel on February 1, 2021.

As the Biden administration gets underway and begins to prioritize the environment, we Floridians need to remember the impact our ocean has on the local level, including inland in places like Orlando. Florida is synonymous with water and beaches and fun in the sunshine—and this is true even in Central Florida, where you are never more than 60 miles from the beach.

And while the impacts to the unique Floridian ocean and coastal wilderness pull at our heartstrings as stewards of the environment, it also hits us where it hurts most—in the pocketbook. When Florida’s ocean and coastal resources are under threat because of environmental degradation, the economy will suffer in equal measure.

The numbers bear this out. Florida’s coastal counties have generated nearly $800 billion of economic value or approximately 77% of Florida’s more than $1 trillion economy. Directly and indirectly, the use of Florida’s coastal and ocean resources has contributed approximately $74 billion to the state’s economy and has provided more than 1 million jobs to Floridians. The shimmering blue ocean and coasts of Florida are the bulwark of Florida’s economy—and without healthy aquatic ecosystems, the statewide economy will suffer, and not just on the coasts. Florida’s economy is an ocean economy—a Blue Economy.

To drive this point home, in 2019 the state Legislature tasked the Florida Ocean Alliance with developing a strategic plan that will address the state’s ocean and coastal issues, as well as recommending actions to preserve state resources into the future. The alliance, which is a nonpartisan consortium of private businesses and nonprofit organizations, put forward a robust proposal that underscores the economic importance of Florida’s ocean and coasts, and that hammers home the idea that protecting Florida’s unique maritime environment is paramount in perpetuating a healthy economic outlook for Floridians.

The end result, released by the alliance in the summer of 2020, is a comprehensive document called “Securing Florida’s Blue Economy: Strategic Policy Plan for Florida’s Oceans and Coasts.” The plan lays out seven actions. It includes the development of an economic development plan that focuses on coastal resilience alongside traditional coastal commerce such as tourism, recreation and seafood production. It also outlines the development of risk vulnerability plans for coastal communities that will allow Florida to nimbly address potential threats to the Blue Economy. The plan also includes support for research and technology innovation.

As Representative Chris Sprowls takes leadership of the House and Floridians begin to look to the 2021 legislative session, we need to prioritize the securing of Florida’s blue economy. The alliance’s strategic plan is an invaluable tool that needs to be enshrined in legislation. Speaker Sprowls is well poised to make a meaningful difference in protecting and conserving the ocean and coastal treasures that make Florida so special, while also safeguarding and boosting the economic backbone of America’s third-largest state.