5 Gorgeous Shells (and the Animals That Make Them)

These beautiful shells are sure to make heads turn. 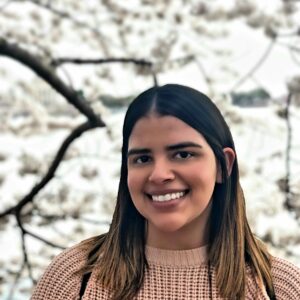 When we think of animals with shells, we often picture their gorgeous shells as mini condos they carry around like backpacks. Although this imagery is fun to think about, shells often provide many more amazing benefits to the ocean animals that make them. Shells’ grander purposes typically include providing protection from predators, offering shelter within their habitats and protecting inner organs.

Each animal’s shell is unique both in the way it is used and the way it looks. Many mollusks for example, use hard shells to protect their much more fragile and softer exteriors while they tumble along the sea floor. There are many different kinds of mollusks, however, including mussels, oysters and clams. Learn more about what makes them unique!

Besides their important uses, shells are beautiful and have inspired people of many cultures for centuries. Today we’re going to be highlighting some of our ocean’s gorgeous shells and the fascinating creatures that make them.

Now let’s shell-ebrate these five gorgeous shells that are sure to dazzle.

Sea urchins look as weird as they are beautiful. They are found from shallow waters to the deep ocean and have round shells, called tests, covered by spines. This marine animal is an invertebrate in the class Echinoidea and uses its funky body shape to deter predators from coming too close.

Have you ever held a conch shell to your ear and heard the ocean? Queen conchs are gastropod mollusks that protect their soft bodies with these stunningly large and intricate shells, Queen conchs have been valued by people of many cultures for their beauty. Remember, like all shells, these are best left untouched if you see them sitting on a beach—there might still be someone living inside!

The Sally Lightfoot crab features beautifully unique coloring that has secured its spot on this list. Adult crabs have an intensely vibrant blue and red coloring on their shells and white or pale blue bellies that make them stand out from the crab crowd. Like many other animals with exoskeletons, these crabs molt their shells so they can grow into their vibrant coloring.

This ocean animal has been around for a long time now. (We’re talking millions of years.) The chambered nautilus is a cephalopod that uses its shell to protect itself from predators and even to move through the water column. However, the chambered nautilus is at risk from the shell-seeking market, where jewelers and collectors are willing to pay good money for these unique shells.

With a shell as beautiful as the hawksbill sea turtle’s, we just couldn’t leave it off our list. This ocean creature is named after its beak-like mouth skillfully used to pry prey from tiny crevices. Sadly, even though this animal is a vital contributor to ocean ecosystem health, it is also an endangered species, having been threatened by many factors including being sought after for its beautiful shell pattern known as “tortoiseshell”.

These amazing shells are just a few of the many shell-tacular creatures of our ocean. Keep in mind, these shells and their inhabitants are best left untouched for their protection and longevity, so look but try not to touch! Want to learn more about striking ocean animals and their shells? Learn about the beautiful and valuable sea scallop.