California has the opportunity to lead on reducing plastic pollution 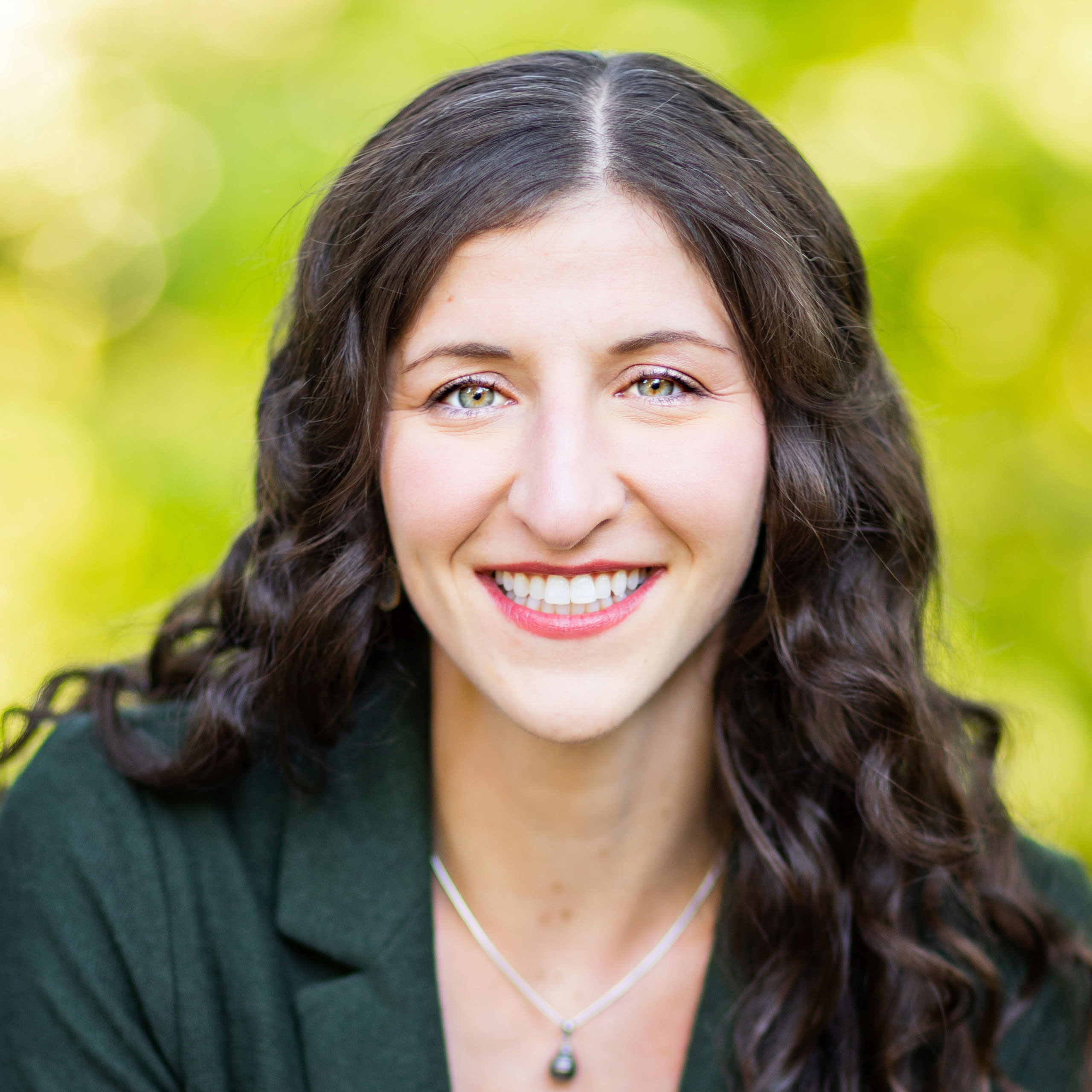 Thanks to advocates across the Golden State, plastics producers will now be accountable for stopping problematic single-use plastics from being made as well as the waste their products create. Thank California lawmakers for keeping plastics out of the state and our ocean.

SB 54, or the Plastic Pollution Prevention and Packaging Producer Responsibility Act, is the strongest piece of plastics legislation the U.S. has ever seen and is something our country desperately needs. Ocean Conservancy scientists estimate that nearly 23 million tons of single-use plastics will be avoided throughout the next 10 years — equivalent to 26 Golden Gate Bridges!

We are thrilled to see California take a stand and prevent plastics from entering our ocean. Join us in celebrating this momentous victory with a thank-you note.

Fewer plastics on our shelves? Check. Less plastic pollution in our ocean? Check. Dramatic increase in recyclability? Check. These statements could all become realities soon in the Golden State, and together, we can make it happen.

Plastic Pollution Prevention and Packaging Producer Responsibility Act, or SB 54, which was introduced in the California State Legislature this week, is the most comprehensive legislation to address the plastic pollution crisis we have ever seen in the United States. Passage of SB 54 could set an incredible precedent for states across the country. 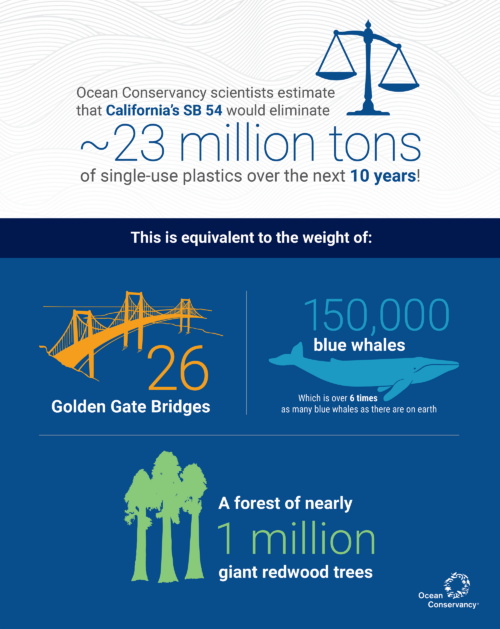 The United States leads the world as the top generator of plastic waste while our plastic recycling rates remain below 10%. Ocean Conservancy’s own research shows that more than half of the most common items littering our beaches and waterways throughout the past 35 years are single-use plastic packaging and foodware. These are among the reasons that the U.S. ranks as high as third in countries contributing to the ocean plastic pollution crisis.

As monumental of a challenge as our ocean plastic pollution crisis is (and it is—11 million metric tons flowing into the ocean in a year!), we know how to solve it: stop plastics from getting there in the first place. And the most effective way to ensure that outcome is to to make less plastic and reuse more—SB 54 would do just that.

California is at a turning point. We are staring down two different paths—one where we continue business as usual, our production and dependence on single-use plastics continues to grow and our communities, ocean and climate suffer the consequences. However, SB 54 lays out another path: one where California actually reduces the amount of single-use plastics used in the first place. I worked with other Ocean Conservancy scientists to estimate the difference in plastic between these two scenarios. Using recent data from California, and estimates of the growth rate in plastic, we projected that over the next 10 years, SB 54 would result in the elimination of almost 23 million tons of plastic. That’s the equivalent of 26 Golden Gate Bridges!

So what exactly would SB 54 do?