Dungeness crabs are one of the most popular seafood items in the Pacific Northwest (just call them the Kings in the North!). You can identify Dungeness crabs by their purple-hued shells, which can grow up to 10 inches across.

Dungeness crabs make up a massive fishery that supports communities from California to Alaska—some years the harvest results in up to 54 million pounds of crab! In 2016, the fishery was hit hard by a toxic bloom of Pseudo-nitschia algae, which delayed the Oregon and Washington fishery opening by one month and the Washington fishery by five months. When crabs and other shellfish eat these algae, it causes a buildup of a toxin called domoic acid in their bodies. Although it doesn’t hurt the crab, it can make humans and other marine life very sick. 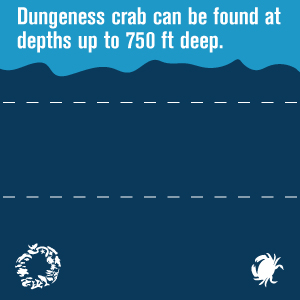 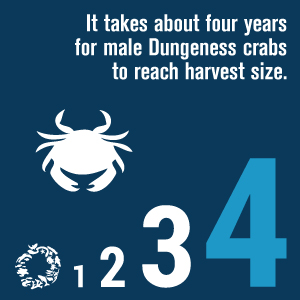