Greenland sharks are big, old and slow. They mature late and grow very slowly. They’re even known as “sleeper sharks” because they move so slowly, especially in comparison to other sharks. Greenland sharks feed on surprisingly speedy prey, including fish, seals, squid and seabirds.

Others should be careful about eating Greenland sharks, though. Their meat is toxic when fresh and has been shown to cause a drunk-like state in humans and dogs. Greenland sharks used to be fished heavily for their liver oil, and although that ended in the 1960s, they are still sometimes caught as bycatch.

In fact, Greenland sharks come from a family of record holders. They are part of the dogfish family, which holds shark titles including the smallest species (the dwarf lanternshark is smaller than a human hand!), longest pregnancies and most abundant worldwide. 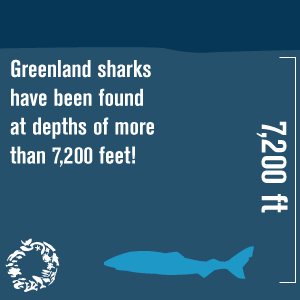 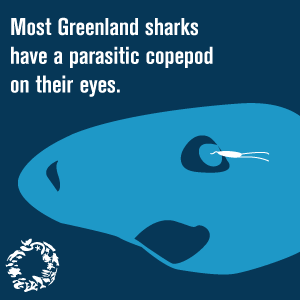