Being a popular fish can have its downsides. Gulf of Mexico red snapper went through some tough times in the 1980s when their populations hit a low due to extreme overfishing. Thankfully, smart, science-based fishery management helped put them on the road to recovery. Although their numbers are getting better, they’re not out of the woods yet—management is still a hot topic of discussion.

The older, larger snapper produce way more eggs than the youngsters. One 24-inch female (about eight years old) produces as many fish as 212 17-inch females (about five years old). Most Gulf of Mexico red snapper caught in the Gulf today are only between four and six years old.

Gulf of Mexico red snapper start reproducing around two years of age and prefer the warm months from May-October to spawn. During that time, they can spawn about every four to six days, about 20 times in a year! Gulf of Mexico red snapper typically spawn at night, then their eggs float to the surface and hatch within a day. Their young will float around in the currents for about a month before they swim down in the water column. 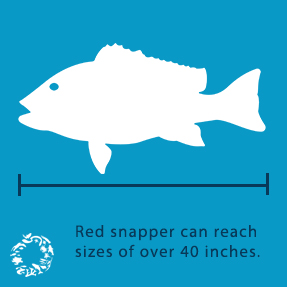 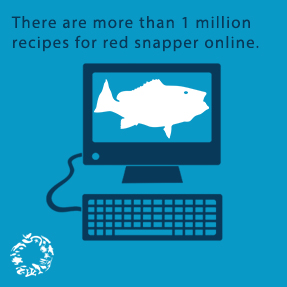