Hawksbill sea turtles eat mainly one thing—sponges! They use their sharp beak to pull out sponges from tight spaces. Because of this, they accumulate toxic compounds produced by the sponge in their body. It doesn’t bother them, but it would make you sick if you ate a hawksbill sea turtle (which, why would you do that anyway!?). 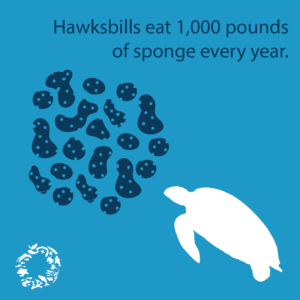 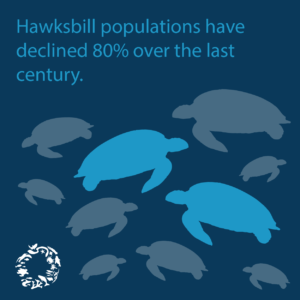