Weighing in at roughly 100 pounds, Kemp’s ridley sea turtles are one of the smallest sea turtles swimming in the sea. Females nest every one to three years and often travel hundreds of miles to get to just the right location, aiming for the same beach they hatched on! Their biggest threat to survival is human activity. Unfortunately, some humans collect their eggs before they hatch, and juveniles and adults alike are killed for meat and other products. Shrimp trawlers also accidentally pick them up as bycatch when they pull big nets behind their boats, a method known as trawling.

Unfortunately, Kemp’s ridley sea turtles are also greatly impacted by oil spills because their nesting areas in the Gulf overlap with areas that are near major areas of oil drilling. After the BP Deepwater Horizon disaster in 2011, 609 dead sea turtles were found, 481 of which were Kemp’s ridleys.

Kemp’s ridley sea turtles got their name from the scientist that discovered them, Richard M. Kemp. He first observed them in Florida, and they have been known as Kemp’s ridley ever since. No one knows why “ridley” was added to the name. 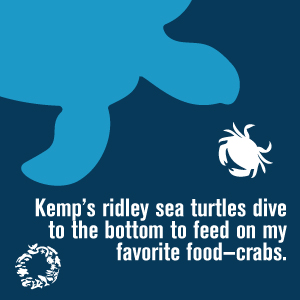 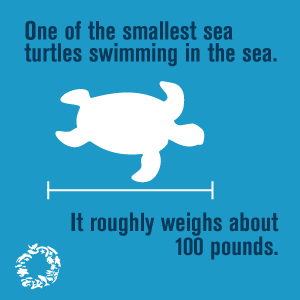