Although you might not have seen mussels in the wild, you have likely seen them on a menu! Mussels are very popular as food and are quite nutritious as well. They’re low in sodium and saturated fat and a good source of Vitamins B and C, Omega 3 fatty acids and minerals like iron, manganese, phosphorus and potassium.

In the wild, mussels affix themselves to rocks or other mussels on the ocean floor using their hair-like “beards,” also called byssal threads. These threads are made of chitin, a fibrous substance, and are incredibly strong, which helps them stay safely in place during strong tides and storms. But since mussels can’t move, they need a backup plan to survive tough times. Mussels can shut their shells tightly during low tide so they don’t dry out!

Mussels are filter feeders, meaning they filter ocean water through their bodies to grab plankton. Mussels filter massive amounts of water (over 17 gallons a day) and are therefore vulnerable to what ends up in the ocean. Their numbers can drop if there are increased amounts of runoff or coastal erosion (which is when you would want MORE animals filtering the water, right?). Mussels also can collect toxins in their bodies which can be harmful for humans who eat them.

Mussels have incredibly strong byssal threads. They can hold onto wood, iron and even steel. Scientists are trying to decode their secrets in order to develop a mussel-based adhesive to use in eye surgeries.

Mussels have had a history with humans for quite a long time. Archaeological evidence suggests people have been cultivating mussels for about 800 years in Europe and eating mussels for more than 20,000 years!

Unfortunately, they’re particularly vulnerable to ocean acidification, which occurs when carbon emissions are absorbed by the ocean and the water becomes more acidic. This makes it harder for mussels to build their shells, which is bad for the environment and bad for business! The good news is that states like Washington, Oregon, California, Maine, Florida and Maryland are taking action to tackle acidification. 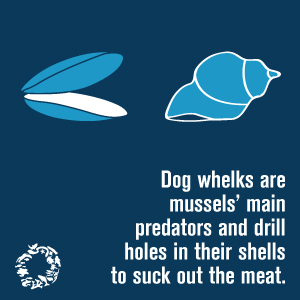 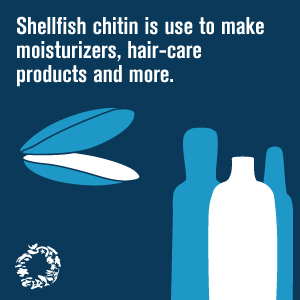