Steller sea lions are the largest species of sea lion. Steller sea lions can weigh up to 2,500 pounds. Bull males are by far the largest and the heaviest, up to three times the size of the average female. When they rush ashore for mating, it turns into a wild stampede, but they are just trying to grab territory to impress potential mates!

Steller sea lions are very social. During mating season, thousands of them can gather on a single beach in huge colonies. They also like to get together at other times of the year in little reunions.

Unlike “true seals” such as harbor seals and elephant seals, sea lions have long front flippers and hind flippers that can rotate, allowing them to move much better on land.

Steller sea lions are rather chatty when they’re around other Stellar sea lions—they use grumbles, growls and roars to communicate. When Steller sea lions gather with others during mating season, the noise level is very loud. Males develop long, coarse manes as they get older, similar to a lion’s mane—a true “lion of the sea.” 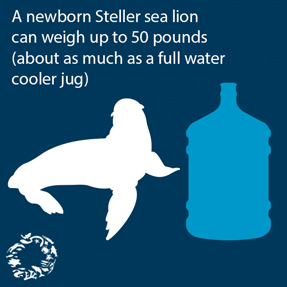 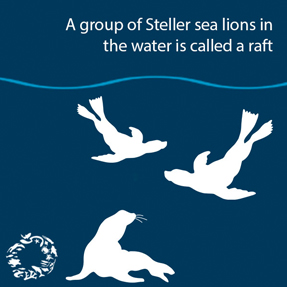