Sea turtles have a strong sense of place—when it’s time to nest, they return to the same beach where they hatched decades before. Many residents of the Gulf Coast share that same sense of place (my own family has lived in Louisiana for more than ten generations!)

That’s why sea turtles are a great mascot for the Gulf Coast. It’s also why Ocean Conservancy’s new video outlining a vision for a healthy Gulf is told from the perspective of a loggerhead sea turtle. In honor of the star of our video, here are five things that sea turtles need to survive and thrive.

Most sea turtles (with the exception of the Kemp’s ridley) nest at night, and always on the same beach where they were born. If a beach is crowded with lights, noise or debris, a mother sea turtle is less likely to nest there. In 2010, fewer loggerhead sea turtles nested in the Florida Panhandle because workers covered the beaches that summer, cleaning up after the BP oil disaster. Scientists also moved thousands of sea turtle eggs from Alabama and Florida beaches to Florida’s Atlantic Coast that summer, so that the hatchlings wouldn’t be killed by oil as they swam into the Gulf. Because those sea turtles were born on the Atlantic Coast, they may never come back to the Gulf. 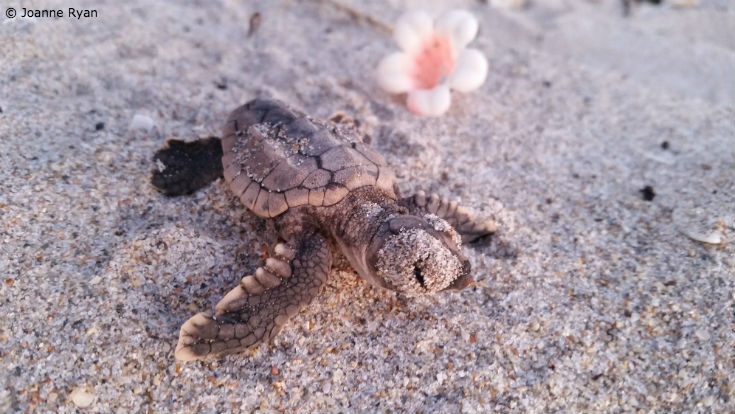 When baby sea turtles hatch, they instinctively run for the bright horizon offshore. But bright lights from roads, buildings and even flashlights can confuse hatchlings, causing them to run in the wrong direction. You can prevent this by using a red filter on your flashlight when you’re on the beach at night, and turning off any lights that face the ocean.

Once they’ve made it to the ocean, many young sea turtles rely on floating seaweed mats, called sargassum, to hide from predators. Sargassum is not just a nursery for little sea turtles—young fish also find safe haven here. 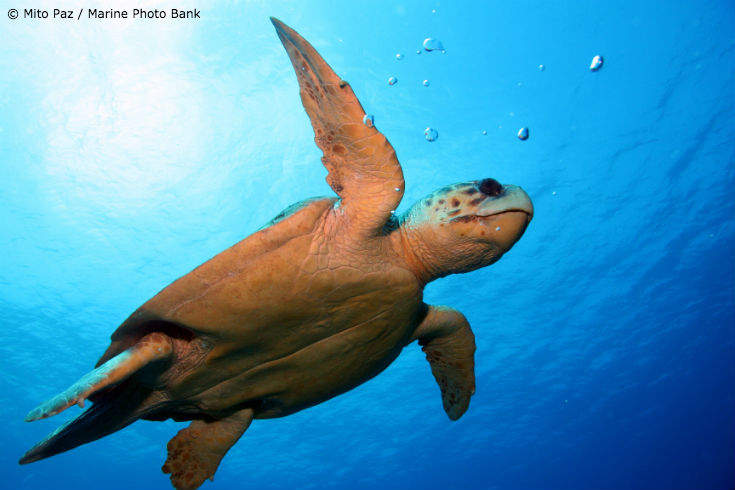 The leatherback sea turtle’s favorite food is jellyfish. But a floating, clear plastic bag can look an awful lot like a jellyfish dinner. When sea turtles consume marine debris by mistake, it can get stuck in their stomachs and cause major damage. Reducing the amount of trash in the ocean means turtles can steer clear of plastic and stick to the jellyfish meals they love.

All sea turtles are affected by ocean trash, whether mistaking the trash for food, getting a flipper caught in a discarded six-pack ring or being unable to surface for air while accidentally stuck in a fishing net. For every sea turtle that hatches, only one out of 100 will survive to adulthood. Let’s make their chance of survival a little better by keeping our beaches clean and our trash out of the ocean.

Right now, our Gulf leaders are updating a plan to restore the Gulf of Mexico. The new plan is a step in the right direction, but there is more work to be done to protect sea turtles and all who rely on the Gulf.

Send a message to the Gulf Coast Ecosystem Restoration Council today and ask them to ensure a healthy future for the Gulf.