How the Trump Administration Has (Already) Failed Red Snapper Rebuilding 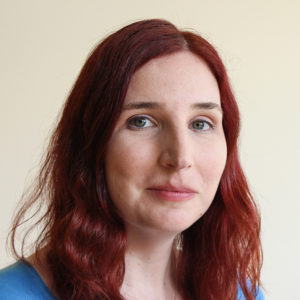 Red snapper: It’s iconic, delicious and arguably the most important fish in the Gulf of Mexico. It also supports a robust commercial fishing industry. And recreational anglers from all of the country travel to the beaches and ports around the Gulf for a chance to catch one.

And now, red snapper will soon be subject to government-sanctioned overfishing.

Starting today, a new fishing season opens for the private recreational sector, even though the official regulation authorizing this won’t be published in the Federal Register until Monday. The draft version of the rule includes jaw dropping admissions that the rule subverts our fishery management laws.

The new rule, in the words of the Department of Commerce: “will necessarily mean the private recreational sector will substantially exceed its annual catch limit, which was designed to prevent overfishing the stock.” They acknowledge that just one year of this level of fishing could extend rebuilding for as much as six years. The whole stock was supposed to rebuild 15 years from now!

Dire overfishing of the stock between the 1960s and 90s decimated the species. So, for over a decade, fishermen across the Gulf have been sacrificing short-term profits and fishing opportunities in a heroic effort to get this stock back to healthy levels. And while the choices were hard, these fishermen knew that the payoff would be stable businesses, vibrant fishing communities and more chances to fish.

After ten years of progress, the Department of Commerce, which is responsible for regulating our nation’s marine fisheries, has just pulled the rug out from under them.

Our rebuilding efforts were working. In recent years, Gulf-wide red snapper catch levels have been higher than ever, topping 14 million pounds in 2015—an example of unprecedented success in restoring the health and economic vitality of U.S. fisheries and a testament to the effectiveness of our fishery management law.

How did we get here? The rule is meant to solve the problem of ever-shortening recreational seasons, caused by dramatically increasing catch in state waters and inherent management challenges when rebuilding a fishery. The 2017 season was initially announced as just three days in federal waters, a situation that no one liked. But it’s what our science-based management system recommended to keep the stock and fishing communities, healthy. And while this deal tries to address the issues with state water catch by bringing the state seasons more in line with the federal season, the number of days that fishing will be open is just not sustainable at all. This may be a popular quick fix but utterly fails to safeguard the hard-earned gains for red snapper.

When you’re in a hole, the first thing you do is stop digging. This new red snapper rule puts us a few more feet under.