People of the Shore 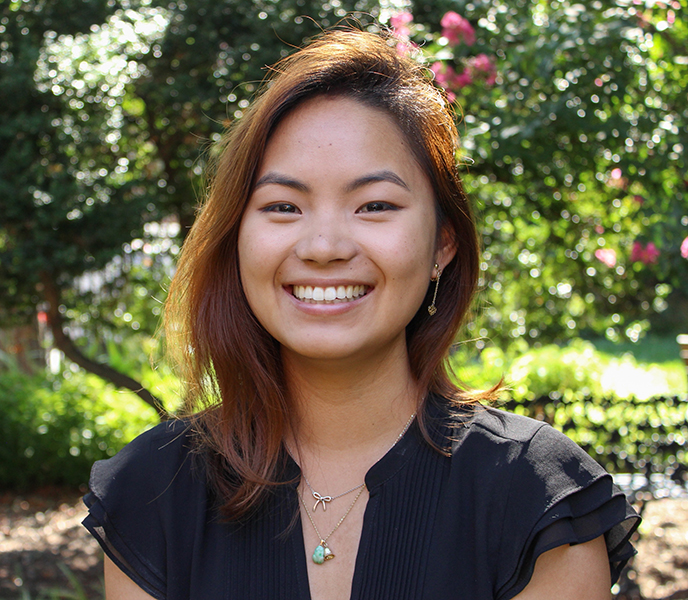 In light of National American Indian Heritage and Alaska Native Heritage Month, I had a conversation with Kelsey Leonard of the Shinnecock Indian Nation on the importance of our ocean to her tribe, the first ocean-based currency (wampum) and how ocean planning gives them a seat at the table.

Leonard is a citizen of the Shinnecock Nation, a tribe native to eastern Long Island, New York. After receiving her undergraduate degree from Harvard University, she went on to become the first Native American woman graduate of Oxford University in England and receive her law degree from Duquesne University. She currently serves on behalf of the Shinnecock Indian Nation as the Tribal Co-Lead for the Mid-Atlantic Regional Planning Body.

How did you get involved with ocean conservation?

My whole identity is tied to the water.  Shinnecock [pronounced “SHIN-uh-cock”] in Algonquian means “People of the Shore.” The problem indigenous communities face globally regarding lack of access to water resources and sanitation was really impactful growing up. Once I reached university, it was a call to action for me to try and do what I could to help.

How is our ocean of cultural significance in your community?

We are renowned fishermen and avid clammers. We have a very unique history within North America for cultivating and being the manufactures of wampum [purple and white shell beads that come from Atlantic quahog shells].

Wampum was the first currency for the colonies in North America. Those beads were then used in wampum belts and treaty-making throughout North America during the early part of the 18th and 17th centuries. So much of the early political diplomacy that happened on this continent was directly tied to our people—to the way in which we interacted with the land and with the water.

What is the role of tribes today in political diplomacy,

especially around ocean use?

In 2010, President Obama signed the National Ocean Policy (NOP), outlining a vision for regional ocean management.  When the guidelines and framework first came out, it included tribes and indigenous peoples as entities that should be represented on the Regional Planning Body (RPB). We were already built into the process from the beginning.

In 2014, Shinnecock was the only indigenous nation participating on the Mid-Atlantic Regional Planning Body, which seemed inconsistent to me because there are 9 federally recognized tribes in the Mid-Atlantic region and additional federally recognized tribes that have historical ties to the Mid Atlantic area—but because of colonization and the Indian Removal Act, were forcibly removed from their ancestral territory in this region.

So, in coordination with the Mid-Atlantic Regional Council on the Ocean (MARCO), a governor created, state-led partnership of Mid-Atlantic states working to solve ocean management challenges and actively involved in ocean planning, we developed a unique tribal engagement partnership for ocean planning. With assistance from environmental consultants, we hosted listening sessions and allowed tribes to build their capacity around ocean planning. By 2015 we had contacted 30 tribes and began the process of incorporating indigenous knowledge into the Mid-Atlantic Data Portal.

Shinnecock was very adamant coming into the Regional Planning Body process that all tribes in the region have a right to have a seat at the table and participate as equitable partners in decision-making.

What were the priorities for the Shinnecock Nation?

In every action area, we wanted there to be mention of tribes.

Ultimately, how do you think the ocean planning did

with regard to equity and representation?

The Ocean Action plan is probably the first ocean planning document that recognizes tribal sovereignty and affirms the autonomy of indigenous nations in the planning and management of ocean resources globally.

It’s unprecedented in the language that it uses to uphold Indigenous rights. In doing so, we were strong advocates that the plan include principles from the United Nations Declaration on the Rights of Indigenous Peoples and reinforce the government-to-government relationship between the U.S. and Tribal Nations.

Protecting our ocean is critical to our survival as Shinnecock because we’re so connected to the water. I was taught that our ocean is our relative. It’s a living repository of our ancestral knowledge and protecting that is one of the most sacred tasks one can do.

We’re taught that any action you do should be done in consideration of how it will impact 7 generations from today and that’s a really powerful teaching—to live your life in such a way that you are not concerned about your own individual existence, but with the existence of faces you probably will never know.

It’s not just future Shinnecock generations, it’s generations of life–of two-legged, four-legged, of winged ones, of the swimmers…it’s all life on earth. And I think our ancestors knew that in calling themselves “people of the shore”, that it was our duty to ensure that our relative was cared for—to preserve and ensure its viability, its health and its happiness for future generations.