In Honor of Native American Defenders of Our Ocean 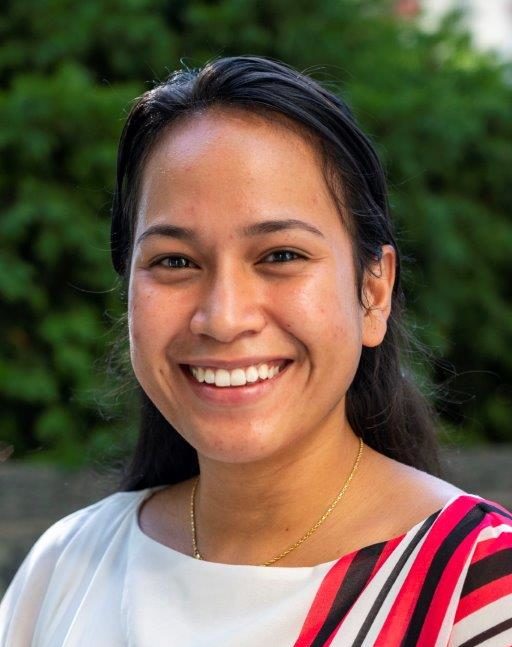 It was my first time in America. As my foot touched the ground in California, I recall thinking something like, “This is the landmass of the earth called the United States of America that I vaguely know from Hollywood movies.” Yet, what is now known as the United States is really the home of America’s first peoples—the Alaska Native and American Indian tribes who were here long before white colonizers called this place “discovered”.

As a Pohnpeian, I grew up on the island of Pohnpei where we have a very old saying, “Pohnpei Sahpw Sarawi,” which literally translates to “Pohnpei is a holy land.” This respected saying is obtained from the oral histories describing the mystical creation of the island. For Pohnpeians, similar to the beliefs of many indigenous groups, our environment not only sustains the lives of our people, but we form a deep cultural and spiritual connection with nature that is central to our identity and sense of self. In the early period, each clan in Pohnpei worshiped ancestral spirits and these ancestral spirits were manifested in a living creature. I was born into my mother’s clan, the Sounpwok of Madolenihmw, and our  “eni” or “ancestral spirit” is represented by a kind of fish. Being a Pohnpeian from “Pohnpei Sarawi” widens my humble understanding of the valuable perspective, history and experiences of the American Indians and Alaska Natives.

Five years later, I find myself working at the Washington, D.C., headquarters of Ocean Conservancy. Our nation’s capital sits on the ancestral homeland of the Nacotchtank (Anacostan) people of the Piscataway Nation. I offer my gratitude and respect to the community, the elders and ancestors—past, present and future—for their continuing resilience and significant role in shaping the region.

November is Native American Heritage Month, a time to celebrate the cultures, traditions and contributions of American Indian and Alaska Native people. This week is also Thanksgiving, so we must also acknowledge the myths and true histories of this holiday.

As American Indian and Alaska Native peoples work tirelessly to protect their ancestral lands and waters, and cultures, here are a few examples of exceptional ocean action.

Along the coast of Washington state, the Suquamish Tribe, whose name also means “People of the Clear Salt Water,” relies on different species of shellfish and fish as an important part of their traditional diet and subsistence. Recently, this form of support has been dramatically disrupted by ocean acidification. In the face of human-caused, climate-driven threats, the Suquamish tribe is pursuing different methods to address the problem. The tribe has adopted various innovative strategies ranging from increasing awareness through educational programs to developing computerized zooplankton imaging and identification tools to track changes in the water and the species. The Suquamish Tribe, alongside Ocean Conservancy and other NGOs; nations, states and local governments; and other tribes and First Nations, is also an engaged member of the  International Alliance to Combat Ocean Acidification, an alliance that works not only to increase attention to the problem but also to share solutions and secure much-needed action to tackle ocean acidification.

Further north in Alaska, the Aleut Community of St. Paul Island is engaged in a wide variety of activities to protect and conserve the marine environment on which they depend, including removing marine debris. Earlier this year, ACSPI, Ocean Conservancy, the Central Bering Sea Fisherman’s Association and Trident conducted a marine debris cleanup on St. Paul Island. Together, we removed 20,000 pounds of trash in four days! The project will be expanded to include St. George and Otter islands next spring.

Back on the east coast, the Narragansett Indian Tribe played an active role in Rhode Island’s adoption of the Ocean Special Area Management Plan (Ocean SAMP). The Ocean SAMP is a comprehensive regulatory plan for the Rhode Island coastal waters that reflects policy, science and community engagement. The Ocean SAMP highlights the coordination and consultation of all relevant community users of the ocean. The plan includes a meaningful role for the Narragansett Indian Tribe to communicate their views and influence decisions on areas of cultural and historical significance. To demonstrate this inclusive ocean planning, the Ocean SAMP incorporates the following Traditional Narragansett Indian Prayer:

(Thank you Great Spirit for all the things that Mother Earth gives.)

These are just a few of many experiences, and as I share a few stories of American Indian and Alaska Natives work to protect our ocean, I want to express the utmost gratitude and respect in honor of the Native American defenders of our ocean.