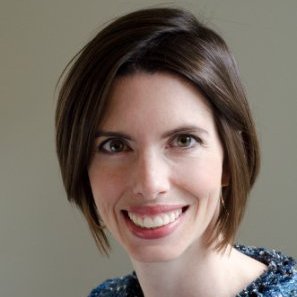 With all the noise coming out of Washington D.C., it’s easy to feel like the voices of those of us who care about the ocean are getting lost in the commotion. But look a little closer and it becomes clear that instead of demoralizing the ocean community, the challenges we’re facing are galvanizing a mass of champions.

Case in point: In response to the continuing parade of anti-ocean planning riders, an unprecedented number of new and seasoned Congressional champions have stepped up to speak out in support of regional collaboration, good data, and ocean planning.

One of the anti-ocean planning riders has been attached to the U.S. House of Representatives’ Energy & Water appropriations bill.  When the bill came up for debate on the floor of the House last month, Congressional champions seized the moment.  In a series of floor speeches aimed at stripping the rider from the bill, these Members sent a powerful message about the value states and communities around the country see in smart ocean planning.  Though their attempt to remove the rider was ultimately unsuccessful, it drew bi-partisan support and a level of passion that will be noted by the leaders responsible for negotiating a final budget bill later this year.  A few choice quotes from the floor debate:

“Ocean planning works, and is working already in New England, where we have a success story of fishermen, lobstermen, Native American Tribes, local communities, and other stakeholders developing voluntary regional ocean plans.” –Rep. Pingree (D-ME), lead sponsor of the amendment to remove the anti-ocean planning rider from the Energy & Water spending bill

“My district is a poster child for the need for ocean coordination and information sharing…With so much activity happening, it simply makes sense to have the various stakeholders at the table, to make sure ships come in and out of port safely, to ensure that our thriving economy stays thriving, and to give the military space to train.” –Rep. Lowenthal (D-CA), co-sponsor

“At a time when our oceans are facing significant challenges and changes, maintaining coordination and planning is necessary in continuing to strengthen our country’s coastal communities and ocean industries. Allowing Federal agencies to coordinate implementation of over 100 ocean laws and giving State and local governments a voice in the ocean planning process is smart policy.” – Rep. Cicilline (D-RI), co-sponsor

“This brings all stakeholders together, including conservationists, fishermen, scientists, shipping companies, and those who live and work in our ocean communities, and it will allow them to have a voice in finding solutions for effective management of our oceans.” –Rep. Carbajal (D-CA), co-sponsor

“The National Ocean Policy helps protect the vitality of our Great Lakes ecosystem…We have a profound obligation to be responsible stewards of the environment and to pass on a clean, healthy, and dynamic environment for future generations.” –Rep. Schneider (D-IL), co-sponsor

“Ocean planning just makes sense, as we have seen in Rhode Island… It is a bottom-up approach, and it empowers local communities who use our oceans.” –Rep. Langevin (D-RI), co-sponsor

“One can just take a look that the ocean policy supports almost 2 million fisheries-related jobs in our country and $5.3 billion in commercial fish landings, as well as enhanced tourism, and the National Ocean Policy doesn’t cost us anything.” –Rep. Kaptur (D-OH)

The anti-ocean planning riders in the House bills are not yet law.  With the continuing support of ocean planning champions, we are optimistic they will be removed from any final budget deal, as they have been for multiple years running.  And smart ocean planning isn’t the only place ocean champions are stepping up.  For example, on funding issues, with major proposed cuts to NOAA’s ocean programs from both the President and House, leaders in the Senate stepped up and put forth a NOAA budget that flatly rejected proposed cuts.

Our ocean champions are fighting a great fight, but they need your support. Want to help? Here are two things you can do right now: