You’ve probably encountered this abundant type of seaweed before 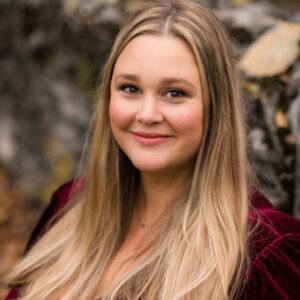 When I think of seaweed, I immediately think of mysterious ocean monsters attacking me during childhood beach trips with my family. Imagine my relief when I discovered these monsters were just seaweed! As a child, I didn’t consider what, exactly, seaweed was or why it could be important. However, as an adult, I can’t help but wonder what those “sea monsters” really were.

To start, the term “seaweed” actually refers to thousands of species of macroalgae that rely on saltwater and sunlight to thrive. The plant I was likely swimming frantically away from was a large brown alga called Sargassum. Likely named by Portuguese sailors who thought it looked like grapes, Sargassum is an abundant type of seaweed found near the surface in warm waters of the northwestern Atlantic Ocean. It is considered a floating hydrophyte, which means it floats freely in island-like masses and never attaches to the seafloor. The Sargasso Sea is named after mats of floating Sargassum.

In reality, it was probably best I swam away. While there were no actual monsters, Sargassum does form critical habitat for a diverse collection of marine life. More than 100 species of fish (including the sargassum fish and Gulf of Mexico gray triggerfish) and more than 100 species of invertebrates depend on Sargassum as a food source or habitat. In addition, four species of juvenile sea turtles (green, hawskbill, Kemp’s ridley and loggerhead) live in Sargassum mats, and migratory birds depend on them for foraging.

In recent years, significant amounts of Sargassum have been inundating the shores of the Western Atlantic, Gulf of Mexico and the Caribbean. In small amounts, Sargassum is actually good for beaches as it can help purify water and absorb carbon dioxide. However, in large influxes, Sargassum presents some serious issues. About 48 hours after it hits the beach,  Sargassum begins to decompose, releasing hydrogen sulfide, which smells like rotten eggs. Not only does hydrogen sulfide smell bad, but in large doses, it causes irritation to the eyes, nose and throat and can cause breathing issues, particularly in those with asthma. In fact, during an eight-month period in 2018, there were more than 11,000 cases of acute Sargassum toxicity reported in Guadeloupe and Martinique. And this year, there have been several alarming reports of excessive Sargassum blooms covering the South of Florida.

While more research is still needed to determine exactly why Sargassum levels are increasing, some scientists associate the cause of Sargassum inundations with warming ocean temperatures. With voices like yours, together we can help protect our coasts and our ocean for generations to come. Take action today.