The U.S. Arctic: A Year in Review

Taking a dive into what went RIGHT in 2018 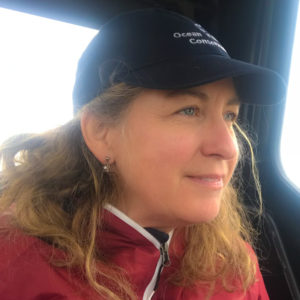 The International Maritime Organization (IMO) (a specialized UN body that governs global shipping) adopted two important measures to help safeguard Alaska’s Bering Strait region and mitigate potential safety and environmental risks to fish, birds, marine mammals and indigenous residents. One measure—jointly proposed by the U.S. and Russia—establishes two-way vessel traffic routes through the narrow Bering Strait and surrounding waters. The other measure—proposed by the U.S.—designates three “areas to be avoided” (ATBAs) in the northern Bering Sea. The ATBAs will help ensure ships steer clear of particularly hazardous or sensitive locations. All these measures took effect December 1, 2018.

This past fall, the U.S. Coast Guard announced plans to start another vessel traffic study, this time for the Beaufort and Chukchi seas. The study will pave the way for additional safety and protection measures in more northerly U.S. waters. We expect the Coast Guard to officially launch the study in the next few weeks.

T­he IMO committed to develop a ban on the use of the world’s dirtiest fuel—heavy fuel oil (HFO)—in Arctic waters. HFO is an especially dirty and polluting fossil fuel that powers many of the largest ships venturing into the Arctic. An HFO spill would have devastating long-term effects in Arctic marine waters where it would break down slowly and prove nearly impossible to clean up. The forthcoming ban will help protect indigenous Arctic communities and marine ecosystems from the threat of the worst kind of oil spill. In addition, a ban will help reduce black carbon emissions from vessels, which would be especially beneficial to the Arctic.

The IMO has not yet finalized its timeline for the HFO ban. Assessment of impacts will begin in early 2019, with hopes that IMO Member States will adopt and implement the ban by 2021.

A Partnership to Remove Marine Debris

Ocean Conservancy sponsored its first marine debris cleanup in Alaska, joining the Aleut tribe and St. Paul School in a cleanup of one of their shorelines during the annual Pribilof Days celebrations. Thanks to the help of students in the fourth and fifth grades, middle school and high school, the team effort rid the beach of almost 300 pounds of debris, including fishing nets, lines, buoys and an assortment of plastics and foam pieces that washed up onto a fur seal rookery within walking distance of the town of St. Paul.

The impact of marine debris in the Arctic and in remote locations like St. Paul is on the rise, affecting seabirds, marine wildlife and local communities. Ocean Conservancy hopes to return to St. Paul in 2019 to help organize and participate in cleanup efforts to protect the unique beauty and bounty of the Pribilof Islands.

The Making of a Milestone Arctic Fisheries Agreement

The U.S. and nine Arctic and non-Arctic countries signed a binding agreement that will prevent the start of commercial fishing in the international waters of the Central Arctic Ocean for at least 16 years while scientists study the effects of climate change on the region.

One of the planet’s most pristine ecosystems, this 1.1 million square mile area has been frozen year-round until recent years. In the summer of 2007, 40% of the Central Arctic Ocean became open water, making this region and the shallow Chukchi Plateau accessible to commercial fishing for the first time.

In 2018 alone, we witnessed several alarming signs of how fast the climate is shifting: the Arctic’s oldest, thickest ice started to break up, the North Pole surged above freezing during winter, and in the Bering Sea, the gateway to the Central Arctic Ocean, sea ice hit a new record low.

The Agreement to Prevent Unregulated High Seas Fisheries in the Central Arctic Ocean is a timely example of international cooperation in the face of such unprecedented environmental changes and the type of precautionary action that is needed in the face of these challenges.

Looking back over the unprecedented environmental changes in the Arctic this year is a great motivator to continue to push for protecting this special place, its people and wildlife. Though understanding the relevance of these dramatic shifts to our daily lives is not easy at times, we know that what happens in the Arctic will impact societies everywhere. To that end, we hope you join us in our New Year’s resolution to continue to work with indigenous communities, policy-makers, scientists and people like you to protect the Arctic’s fragile ecosystem.